Posted 4 years ago by Snizl for The Roadhouse Birmingham 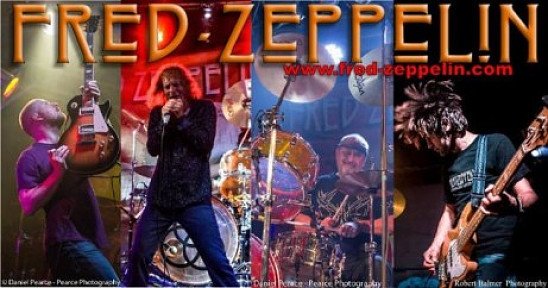 By Snizl for The Roadhouse Birmingham

It was 1993 when three friends, Steve Black (drummer), Keith Jenkins (Guitarist) and Kevin Brown (bassist) with a mutual respect and passion for Led Zeppelin decided to form a tribute band called 'Fred Zeppelin' that would create note for note performances of the legendary's rock bands music. As they hit the local circuit in the midlands with Vocalist Rob Bloomer, they performed some of Led zeppelins greatest tracks and gained a following. Vocalist, Steve Gale was hired after Bloomers departure and the line up spend many years playing individual performances, up and down the country. It was 2010 when Brown decided to retire from the band and hand over his position as bassist to Elliot Gavin.