Bad Practice at Hare And Hounds 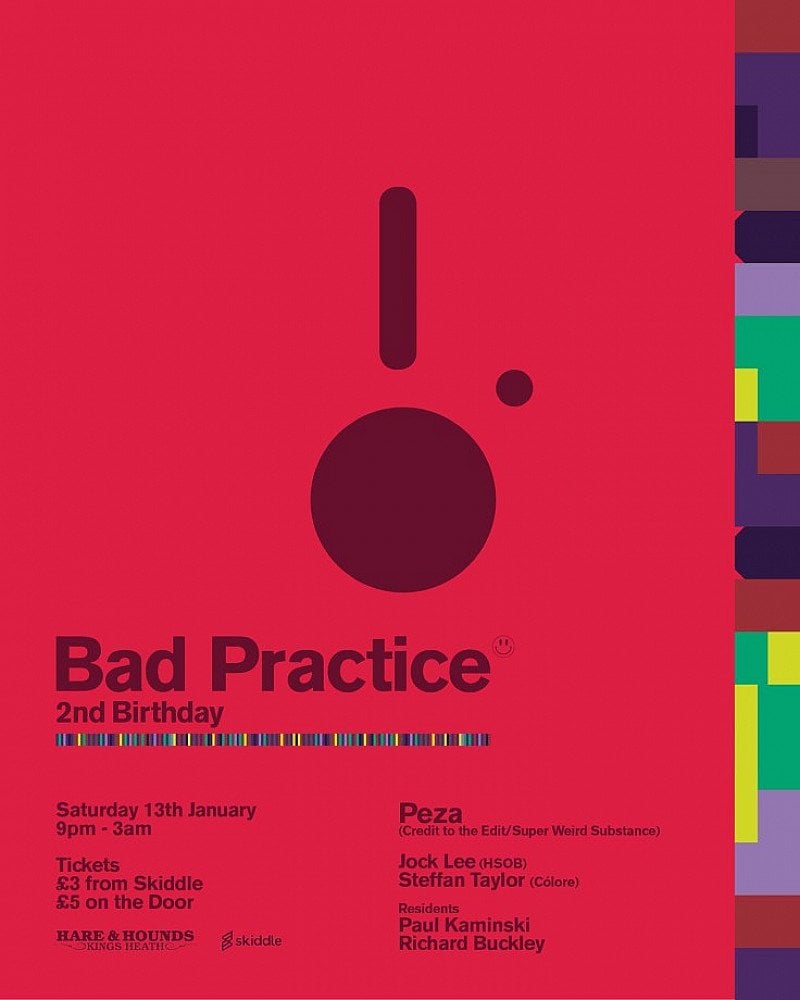 Bad Practice at Hare And Hounds

The name Peza has become somewhat synonymous with the Nu-Disco and Re-edit scene as well as being associated with the darker more acidic end of the spectrum. His releases, remix and collaboration credits include artists such as Damon Albarn, Greg Wilson, Dicky Trisco, Tronik Youth, on labels Maxi Discs, A&R Edits, Midnight Riot, Magic Feet Records, Nein Records, PlayPal music and many more.
Peza has been making music since the 90’s with many prominent labels plus live shows, appearing on the same bill as the likes of Aphex Twin, 808 State and Bentley Rhythm Ace.
He is currently collaborating with Greg Wilson on the prolific Super Weird Substance label, working with a collective of musicians and vocalists, contributing greatly to last years releases on the label. The work last year with S.W.S culminated in a whole day take over at Festival No.6, Portmeirion, in the form of a 'Super Weird Happening', with Peza performing two DJ sets over the weekend and also appearing live on stage playing keyboards with Black Grape frontman Kermit Leveridge and the Super Weird Society.
That live performance has prompted Peza to continue to develop a completely live set using mainly analog hardware instruments that will consist of dynamic performances and improvised acid grooves with flavours of disco, funk and all things deep!