Posted 2 years ago by Snizl for The Book People

SAVE £33.00 - The Complete Harry Potter Collection (7 Book Box Set) BETTER than HALF PRICE! 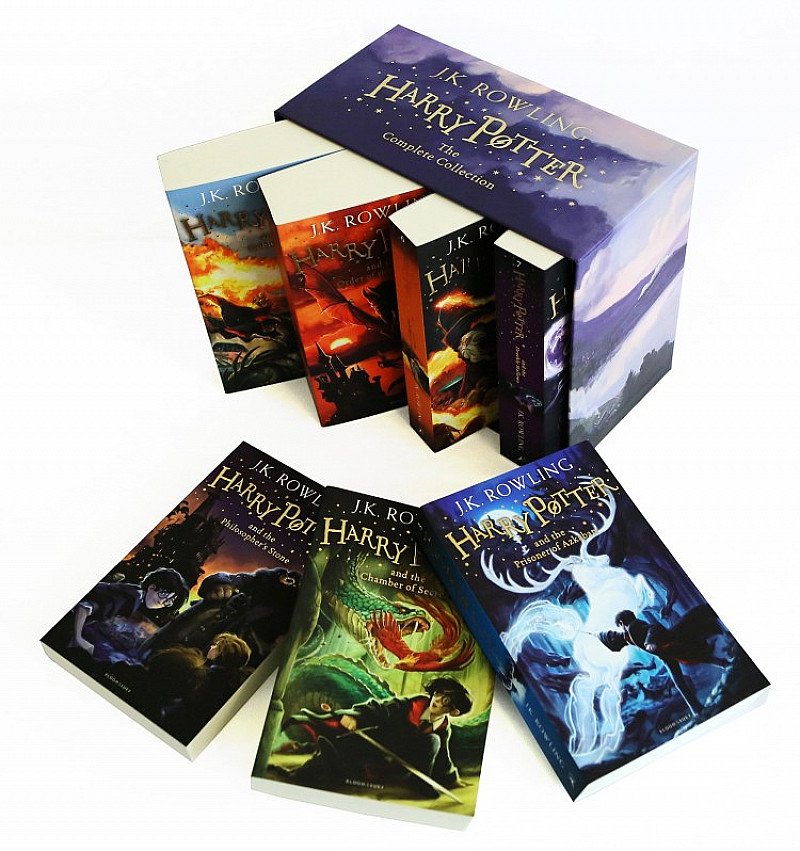 By Snizl for The Book People

SAVE £33.00 - The Complete Harry Potter Collection (7 Book Box Set) BETTER than HALF PRICE!

A phenomenon like no other, Harry's incredible journey begins with The Philosopher's Stone. Unhappily living in a cupboard under the stairs at his aunt's, he's visited by a giant called Rubeus Hagrid who delivers the most astonishing news - Harry's a wizard. As he heads to Hogwarts School of Witchcraft and Wizardry, Harry makes friends with Ron Weasley and Hermione Granger, meets oh-so-wise Professor Dumbledore and the complex Severus Snape and their incredible adventure begins. But evil in the shape of Lord Voldemort is getting ever closer - and the Dark Lord has his sights set firmly on Harry.

Throughout the seven books, Harry learns what it means to be a Gryffindor student and the value of friendship and trust. The eight films starring Daniel Radcliffe, Emma Watson and Rupert Grint were a record-breaking success and now you can relive the stories where it all began time and time again with this amazing Harry Potter box set - Expecto Patronum!