Posted 2 years ago by Snizl for Toys R Us 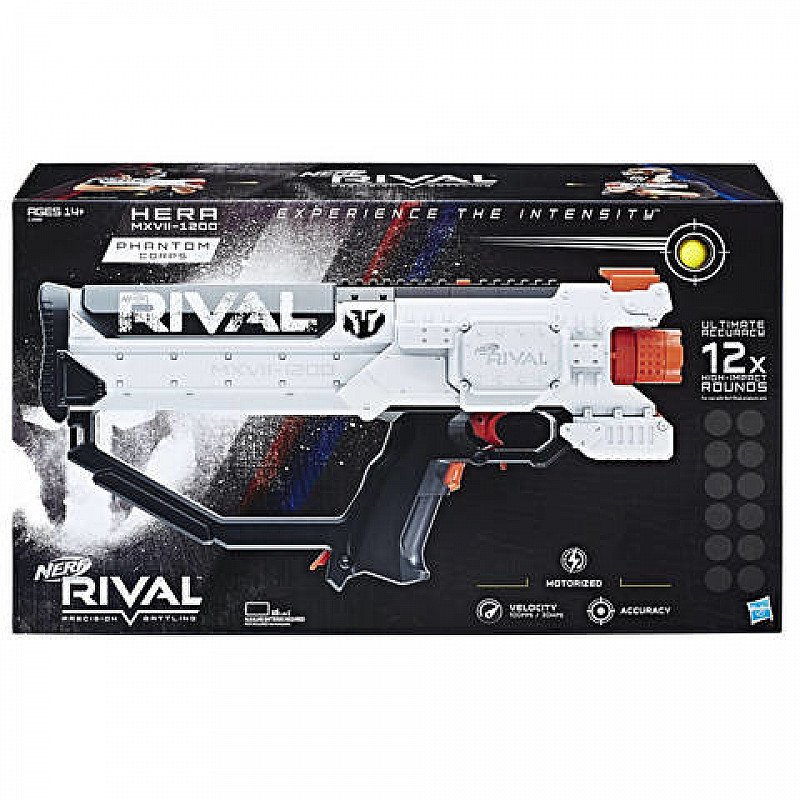 By Snizl for Toys R Us

Charge into battle as a member of the Phantom Corps team with the bolt-action Nerf Rival Kronos XVIII-500 blaster! Phantom Corps is a group of rogue specialists who may join Team Red or Team Blue today, then challenge them tomorrow. Open the breech to load 5 high-impact rounds into the blaster, then prime it with the spring-action cocking mechanism to fire rounds blasting at 90 feet per second. This Nerf Rival blaster also has a trigger lock, and tactical rail. It comes with red and blue flags that players can wear to indicate which team they’re fighting for.