Posted 3 years ago by Snizl for Smyths Toys Superstores 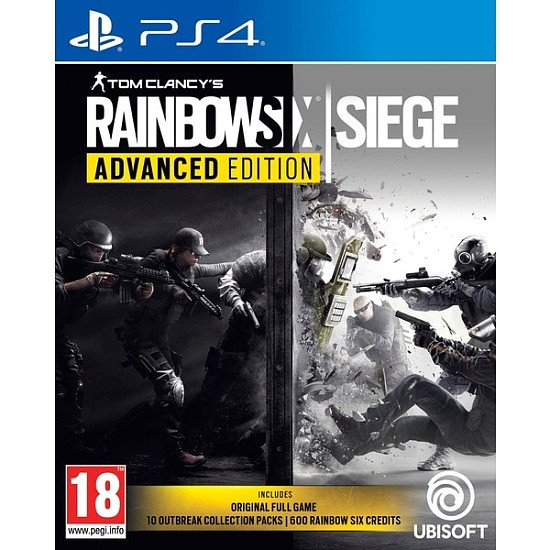 By Snizl for Smyths Toys Superstores

Enter the siege and join 25 million players in Tom Clancy's Rainbow Six: Siege, the latest installment of the acclaimed first-person shooter franchise developed by the renowned Ubisoft Montreal studio for the new generation of consoles and PC.

With the new Tom Clancy's Rainbow Six Siege Advanced Edition, players will now be able to join the battlefield with an enhanced edition that includes the full original game, 600 Rainbow Six Credits, and new bonus content from the time-limited and exclusive Outbreak Collection.

About the Outbreak Collection Packs

Outbreak, the first major co-op event in Rainbow Six: Siege, will take place over four weeks during Year 3 Season 1, and will be free-to-play for Rainbow Six: Siege owners. It will feature an exclusive collection of cosmetics, which will only be available during the limited time event.

With Tom Clancy’s Rainbow Six Siege Advanced Edition, players will have the opportunity to acquire 10 Outbreak Collection packs. Each pack will grant a single item out of 50 unique cosmetics items. They will not contain any duplicates.

Additionally, these Outbreak Packs are different from Alpha Packs as they can only be acquired with R6 Credits and will not be awarded at the end of a match, or available for purchase with Renown.