Posted 11 months ago by Snizl for Zatu Games 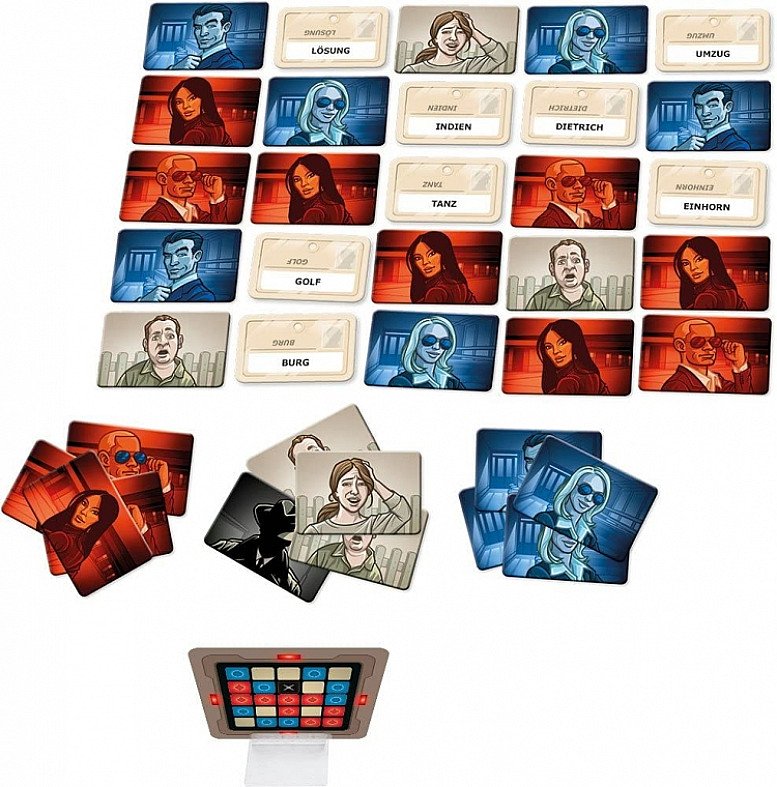 By Snizl for Zatu Games

Codenames, a party game suitable for 2-8 players, will see you working alongside your teammates and nominated spymaster to work out where your fellow agents are in the field, while also making sure to avoid the innocent bystanders and the dangerous ********!

Czech Game Edition's Codenames is a fantastic, easy to play word association game that sees players split into two teams, each team having a nominated spymaster. These spymasters are given a grid that details the exact location of all their agents in the field. It is up to those spymasters to communicate the locations of the agents to their teammates however there is one big catch!The locations are all associated with words and the only way to communicate these is to give one word clues!

Once a clue has been given, it's up to the team to work out which words the spymaster is trying to communicate to you. If you select a correct word, then well done, you’ve found a fellow agent! Be careful though, select a wrong word and one of three things can happen! You could have mistaken an innocent bystander for an agent, a rather foolish thing to do! You could have found on of the other team's agents which will simply give them the upper hand! But worst of all, you could find the dangerous ********. Find him, and it's game over for you my friend!

Work together to find all your agents and you will be victorious and successfully complete your mission! This game will have you on the edge of your seat and be careful because when you think you’ve found the word, you may just start second-guessing yourself!

Codenames is a great party game and one that has grown in popularity massively! It's an essential game for anyone's collection and one that is sure to be a hit with all!