Posted 3 years ago by Snizl for Hawkins Bazaar 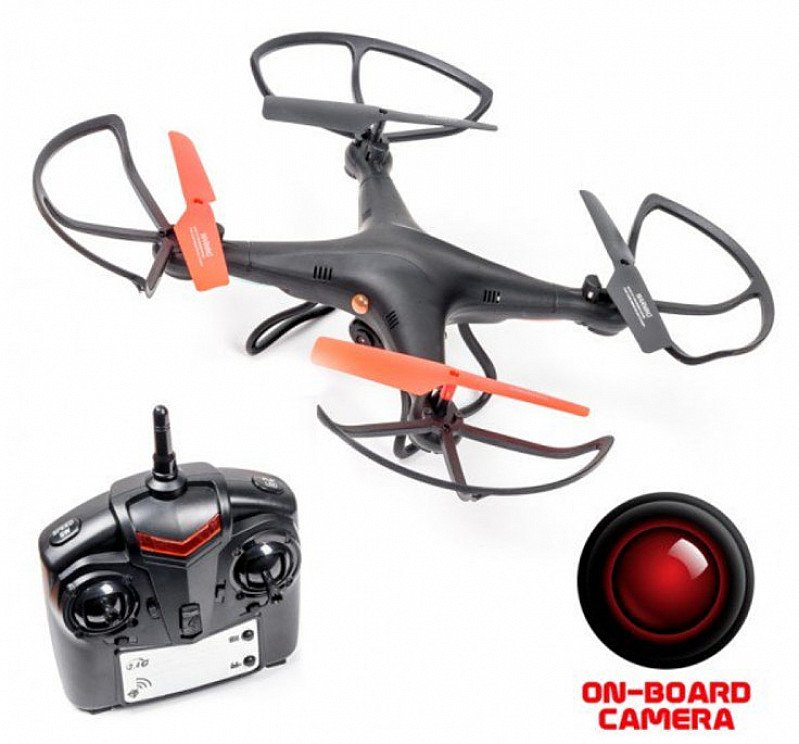 Gain an eye in the sky that's under your complete control with this brilliant RC camera drone. Send the Recon Observation Drone out on a scouting mission and its underside camera will capture footage, loading up the on-board SD card with videos and still images of whatever it sees. Just press either the video or photo buttons on the controller during flight to start recording images to view back later. This quadcopter drone even comes with an SD card reader so you can plug it straight into a computer and view your aerial handy work.

Operating on the 2.4G frequency, the Recon Observation drone enjoys a control range of up to 50 metres as well as an increased resilience to signal interference, meaning it can operate alongside other RC vehicles unhindered. It also features a three speed flight toggle, giving you more control and greater movement as well as a stunt button that triggers a mid-air flip. This stable flying machine is a great first step into the world of drones as it offers a bit of everything and comes with all the bits you need to get started.
RC camera quadcopter drone
Records videos and takes photos
Saves to on-board SD card (included)
Come with USB SD card reader
Operates on 2.4G frequency
Three speed modes
Loop-the-loop stunt button
50 metre control range
For use indoors and outdoors
One hour charge for up to eight minutes of flight
Charges via USB (included)
Requires 4 x AA batteries
Drone 32cm wide