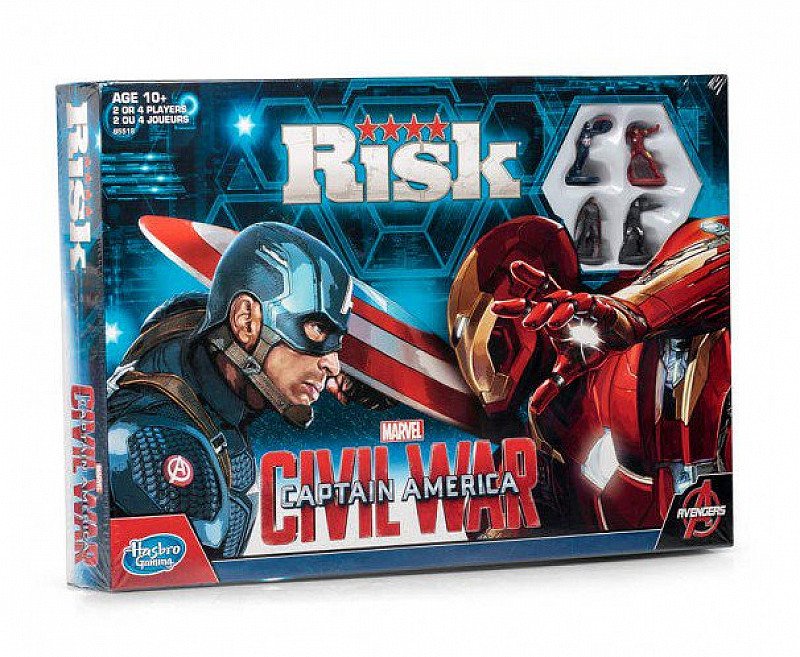 This super-sized spin on classic board game Risk sees Marvel heroes Captain America and Falcon face off against Iron Man and War Machine in a recreation of hit film Civil War. Players pick a side and then battle to control territory points on the board as they search for the Winter Soldier. You have five rounds to fight across the airport, locate your target and then escape in the quinjet before it reaches the end of the runway. It's a fantastic reimagining of Risk that's perfect for superhero fans of all ages.