Posted 4 years ago by Snizl for Museum of Liverpool 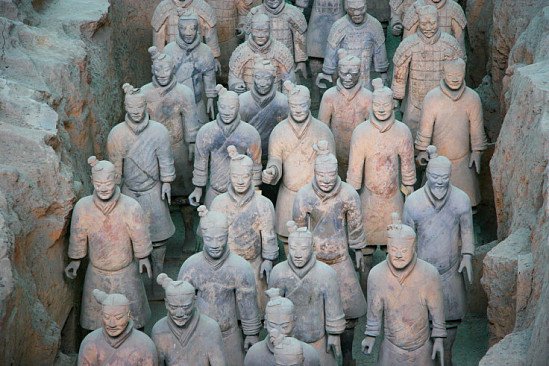 By Snizl for Museum of Liverpool

Exhibition to be staged at World Museum in 2018
It has been announced today that tickets for the blockbuster Terracotta Warrior exhibition at Liverpool’s World Museum, will go on sale on Thursday 9 November 2017.

Opening9 February to 28 October 2018, China's First Emperor and the Terracotta Warriors features more than 180 spectacular artefacts from museums across Shaanxi Province, more than half of which have never been on show in the UK before.

This landmark exhibition tells the story of the formative years of the Chinese nation, from the pre-unification Qin Kings, to China’s First Emperor, Qin Shi Huang’s rise to power and the legacy of his achievements in the succeeding Han Dynasty.

China's First Emperor and the Terracotta Warriors is an unmissable opportunity to see some of China’s finest national treasures. Visitors will come face to face with the extraordinary Terracotta Warriors, including a life-size terracotta horse, as well as other exquisite objects from the Emperor’s vast burial complex. Objects from the Han Dynasty will explore ancient Chinese lifestyle, the economic prosperity of the empire and beautifully crafted artefacts from royal burials.

Spanning almost 1,000 years, the exhibition sheds light on the formative years of the Chinese nation, from the bitter struggles of warring states in the 8th century BC to the rise of the Qin State and the unification of China by the First Emperor in 221 BC, concluding with the peace and prosperity of the Han Dynasty (206 BC to 220 AD).

The exhibition has been curated by leading scholars and designed by National Museums Liverpool, working with the Shaanxi Provincial Cultural Relics Bureau and Shaanxi History Museum. China's First Emperor and the Terracotta Warriors will also feature immersive technology to create a unique and evocative interpretation of this historical collection.