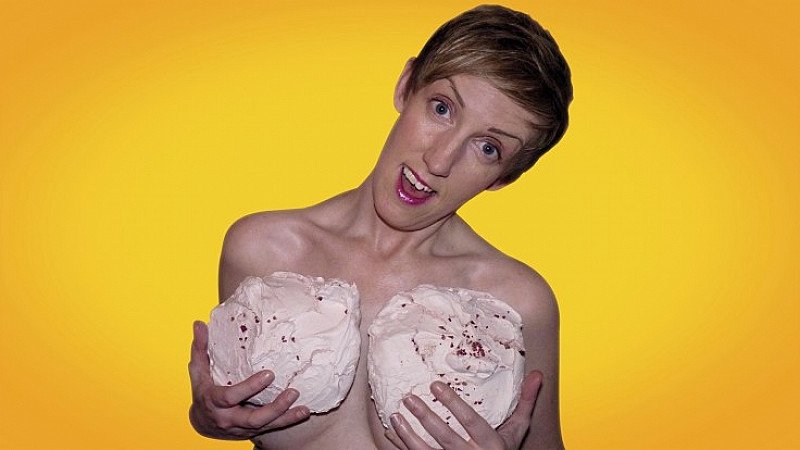 Mandy is an idiot. Infact she’s a right nob, but she’s hilarious and adorable so that makes it ok. Sometimes horrible thing’s happen to the nobbiest of people. When faced with her own mortality, how does she cope? She laughs into the cleavage of cancer….because laughter really is the breast medicine.