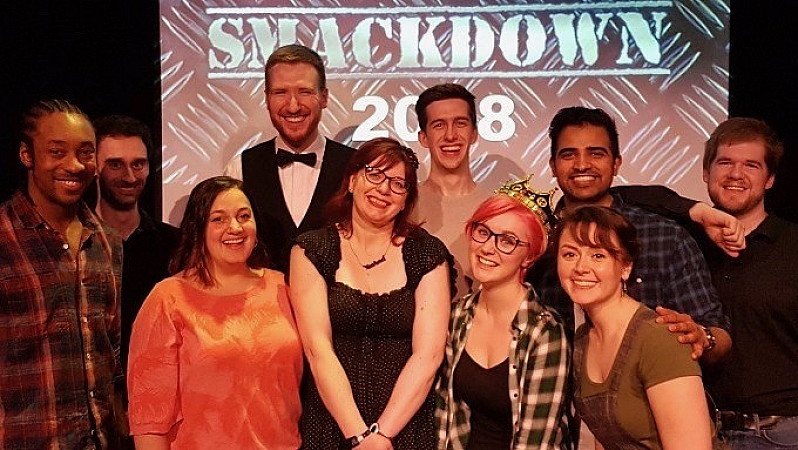 The Same Faces present Improv Smackdown 2019, returning to Leicester for a fourth year. Eight of the country’s best improvisers go head-to-head, in order to be declared the Smackdown Champion. But here’s the twist: it’s an improv show, so they have to work together!

Reigning champion Charlie Gascoyne will be back to defend her crown, but can she be the first person to retain it?

Hosted/refereed by our own Tom Young, you the audience will have control, giving your scene suggestions, as well as scoring each round in order to determine who gets crowned SMACKDOWN CHAMPION 2019 !