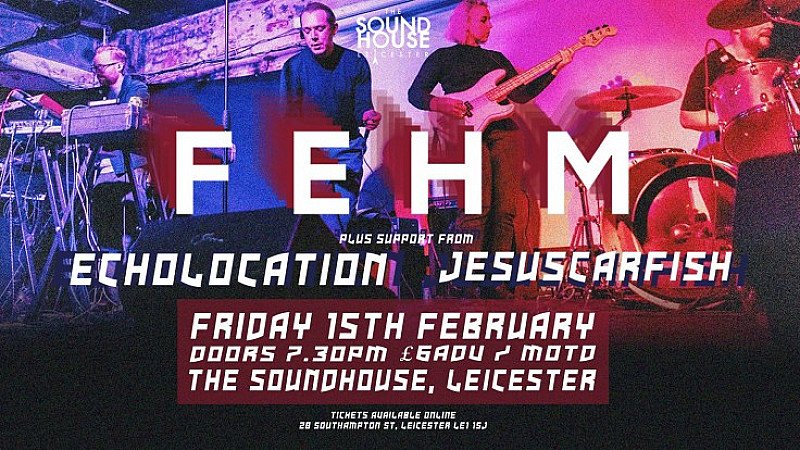 Leeds based, synth wave quintet FEHMhave announced they will be embarking on a run of UK dates in early 2019. The last 12 months have seen them play Off The Record, Bluedot, Hit The North, Live At Leeds, a slew of support shows for the likes of Protomartyr, Public Access TV and Bad Breeding, plus a UK headline tour. All of which have garnered them a reputation for possessing ‘one of the most dynamic and intense live performances on the circuit’ (Too Many Blogs).

Combining influences such as New Order, Depeche Mode, Tears for Fears & Soft Cell, FEHM are a five-piece band from Leeds who create music that is ‘Startlingly brisk and wholly stark. (Clash). Having released 4 tracks over 2017, which amassed significant notice, the next singles scheduled for released in January 2019 will be new tracks from their anticipated debut album, which is predicted ‘… to have a huge impact’ (Louder Than War). This, as yet, untitled debut album, recorded and produced by Matt Peel at the Nave and will be released later in 2019.