Damo Suzuki (CAN) - The Return! 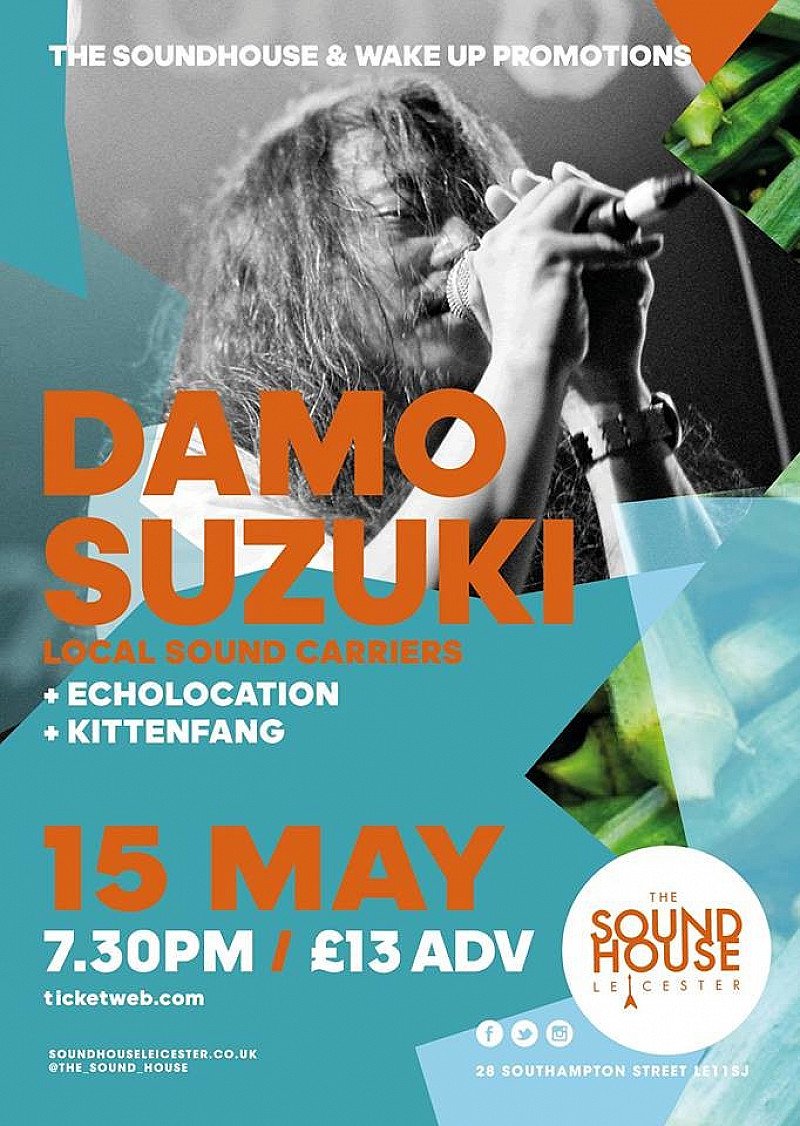 Damo Suzuki (CAN) - The Return!

The Soundhouse & Wake up promotions are delighted to present a show with the legendary Damo Suzuki on Tuesday 15th May!

Damo will perform with a specially formed band of local ‘sound carriers’ as he likes to refer to them for what will be a one-off performance. Local sound carriers TBA!

Damo Suzuki, the Japanese musician, is best known as the former singer of the legendary German krautrock band CAN. He fronted the band during their highly productive period between 1970-73, when CAN delivered albums such as Tago Mago, Future Days and Ego Bamyasi.
CAN are one of the fore-fathers of krautrock and it’s a genre of music that continues to inspire so many of todays artists.

Support on the night from
Echolocation
Kittenfang