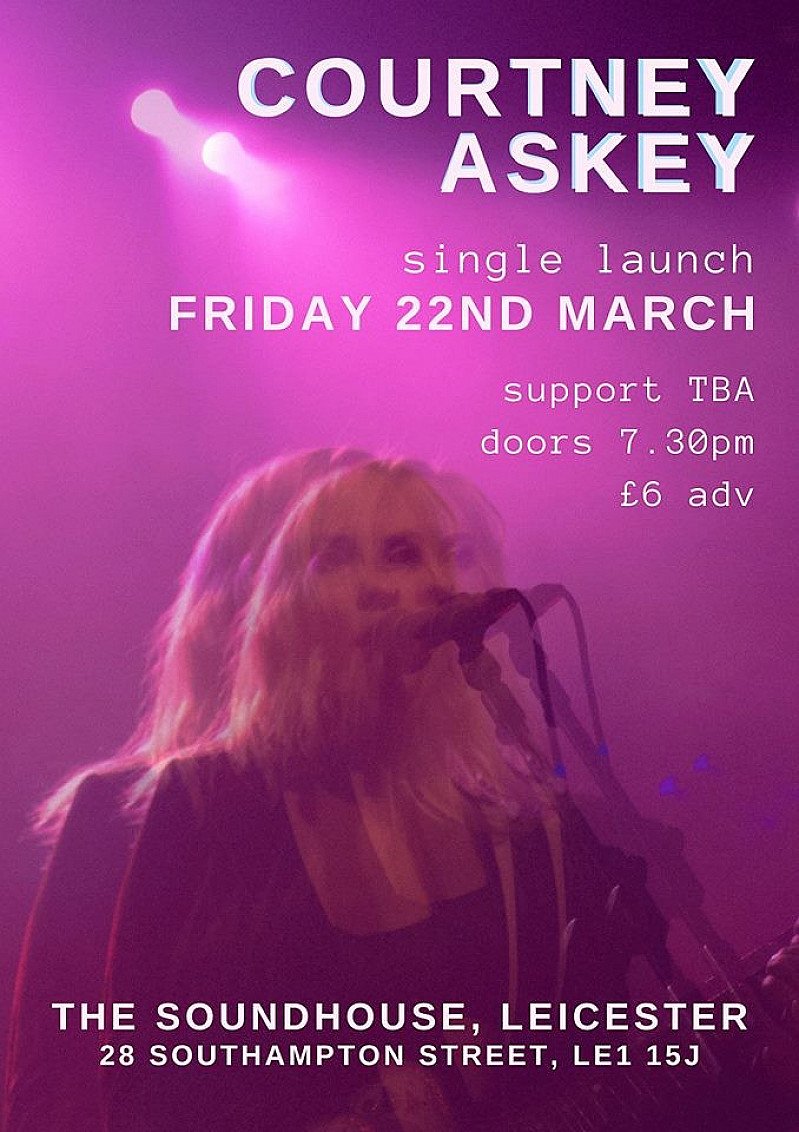 “Leicester’s favourite Gothic-Folk Noir girl”, Courtney Askey, plays lo-fi alternative music. Part grunge, part shoegaze, part sad and part hopeful, influenced by The National and Nick Cave equally as much as My Bloody Valentine and Francoise Hardy. Based in Leicester, she has lived, produced and performed works in England, Paris and Hong Kong.
Previously solo, she now plays as a self-titled shoegaze/grunge four-piece. She has been prolifically writing, performing and recording music since 2010.
The debut LP from the band, Oh! Softly Goes was released in 2017. The new single will be released on 22nd March 2019.