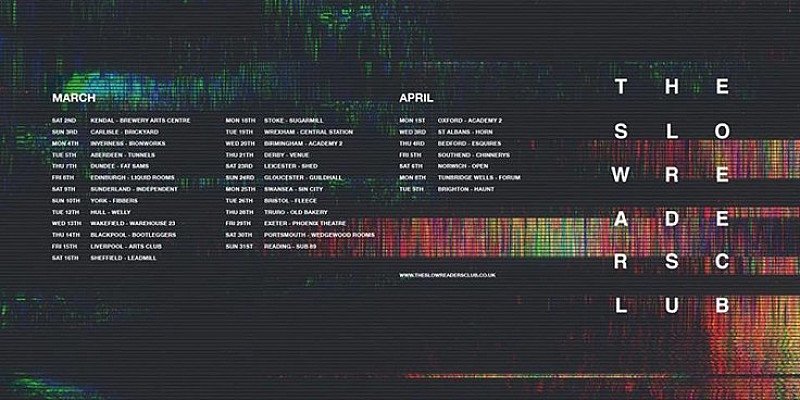 The Slow Readers Club are a Mancunian four piece who specialise in guitar-electro pop. They ended 2017 with a sold out UK tour with dates including Albert Hall Manchester (2000 capacity), London Garage, Rescue Rooms Nottingham and the legendary King Tuts. The band also drew huge crowds at summer festival appearances including Isle Of Wight Festival, Kendal Calling, Victorious, Sounds Of The City, Dot to Dot, Beautiful Days and Festival No6.

And on Saturday 23rd March they will playing an intimate show at The Shed.

The bands recent singles 'Lunatic' and ‘You Opened Up My Heart’ have been championed by on BBC 6Music - Steve Lamacq, Chris Hawkins, Radio X - John Kennedy and Gordon Smart and XS Radio - Clint Boon.

New album ‘Build A Tower’ is out now, which charted at number 18 in the UK album charts.

"The Slow Readers Club are quite simply too glorious to be kept a secret; see them, be seduced and then pass the pleasure on." Louderthanwar