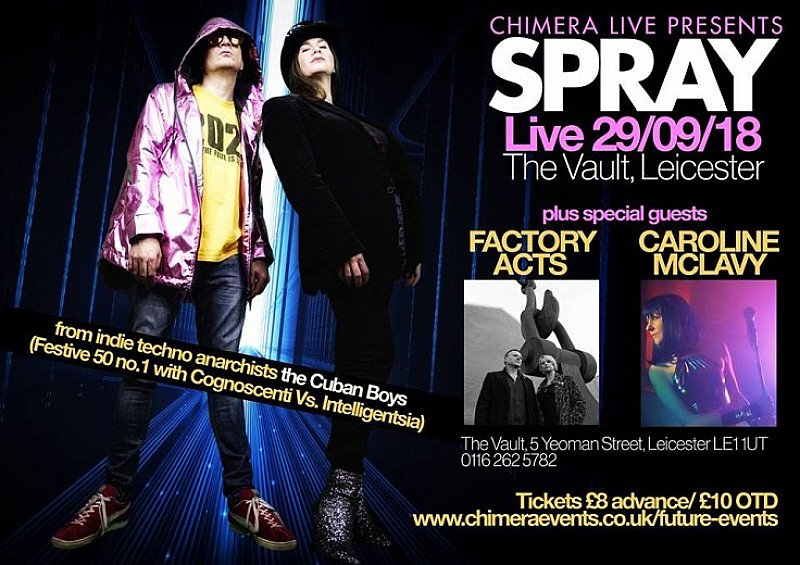 Founded in 2001, Spray is comprised of Ricardo Autobahn (synthesizers) and Jenny McLaren (vocals, guitars), both formerly of the Cuban Boys, who took their chaotic technopunk to number 1 on the Festive 50 (twice), recorded one of the best Peel Sessions ever and went head-to-head with Sir Cliff Richard in a Christmas Chart Battle (but ultimately lost). Their hit single 'Cognoscenti Vs Intelligentsia' (a.k.a. 'The Hamster Dance Song') sold a million copies, reached number 4 in the UK single charts, landed them on Top of the Pops and, in the words of John Peel, was “the most requested song I’ve had since 'God Save The Queen'.