Hymn For Her + Hubcap & Missing Mile | Free Entry - The Shed 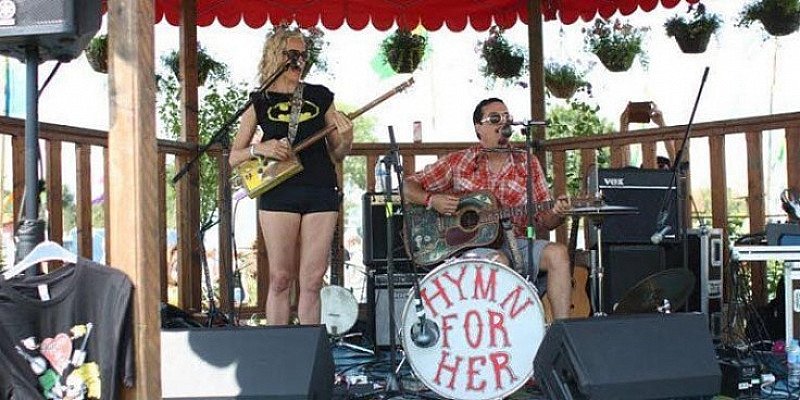 Hymn For Her + Hubcap & Missing Mile | Free Entry - The Shed

Join us on Wednesday 18th July for a night of blues, country and and desert rock psychedelia! Even better, it's free entry.

Featuring Hymn For Her, Hubcap & guests, this will be a Wednesday night to remember!

Hymn for Her have been busy touring across the country and abroad over the past few years, injecting juiced-up backwoods country blues with a dose of desert rock psychedelia that has been described as “Hell’s Angels meets the Amish,” and “Hillbillies with electronics opening Pandora’s Box”

In June 2018, H4H will fly overseas for an extended tour of the UK/Europe. Returning to America in September, they will tour through the fall with their new release, recorded in Nashville with grammy winner, Vance Powell & mastered by Richard Dodd.