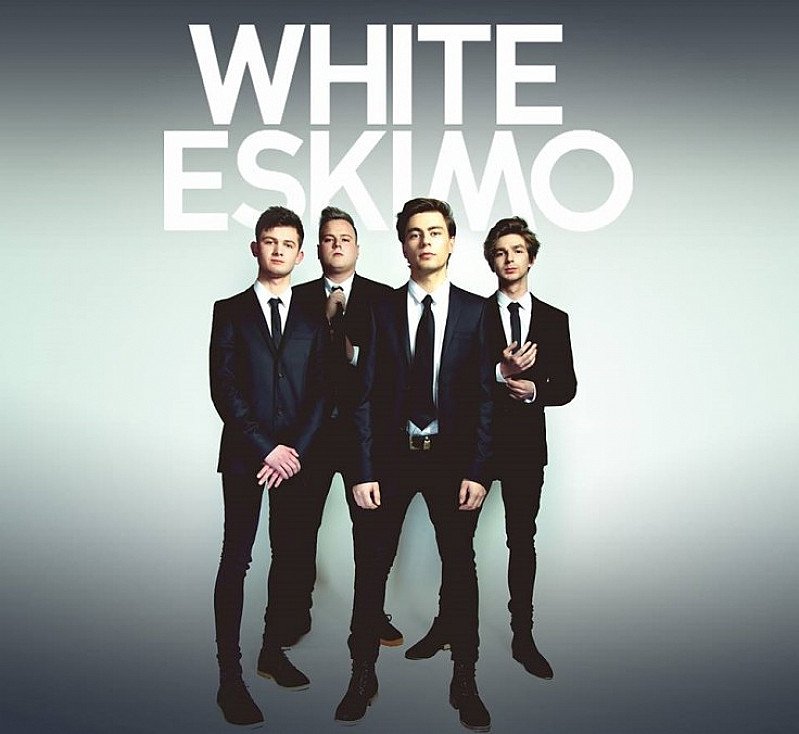 When four lads with four very unique talents got together White Eskimo was born. With a love of music coursing through their veins they have been writing, performing and honing their craft. With the lead singer being blessed while in his mothers’ womb by the legend and self-proclaimed King of Rock ‘n’ Roll, Little Richard himself, his destiny was set. Growing up with a singular ambition to play music, Will became an accomplished drummer and song writer, then formed White Eskimo, with one clear ethos, ‘Enjoy what you do’.

With the line up of Will (21), lead vocals and guitar, Marcus (19), lead guitar, Rob(19), bass guitar and Alex (21) on drums, White Eskimo is a band with everything; they write their own music, play
their own instruments, exude charisma and sex appeal on and off stage and above all they have a pure passion for what they do. With influences ranging from Blink-182 to Beethoven this Manchester band have found their very own distinctive sound. Working with such producers as James Lewis (Sunset Sons, Artic Monkeys, Rudimental) White Eskimo have a catalogue of great music ready to be released.