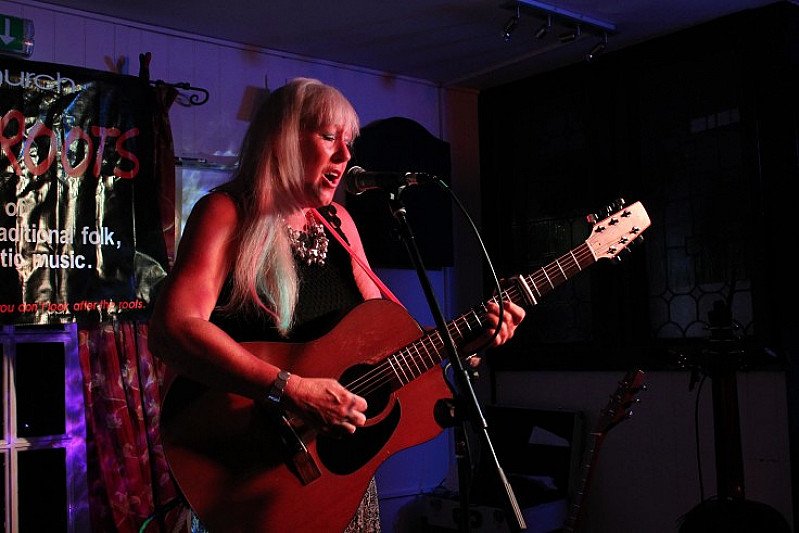 We are delighted to celebrate Vikki coming back to the UK with a headline gig. She will be playing with a band of top local musicians.

In the early 80'S the fun began. Invited to sing with Ragged Heroes , a cult Folk Rock band,. Vikki thrived. "Id found my forte . I'd always kicked around with rock bands and played in folk clubs but here was a chance to combine my two favourite musical loves." "Ragged Heroes Annual" was released to much acclaim and notice was taken of Vikki's lovely voice. They were invited to perform at one of the early Cropredy Festivals in 1984 and gigs started to escalate. However the band drifted apart and eventually called it a day because " we were eight in number and our bar tab usually came to more than our fee"

Then somebody sent Fairport Convention a copy of Vikki's album "Lost Lady Found". At the same time Jerry Donahue heard Vikki sing and was moved to tears because she sounded so much like Sandy Denny. What became of these two events was a long period of appearing with Fairport Convention, fronting the newly formed Fotheringhay - amusingly known as "The Nerve" and forming her own band featuring stellar performers Clive Bunker, Fred T Baker and Chris Conway.