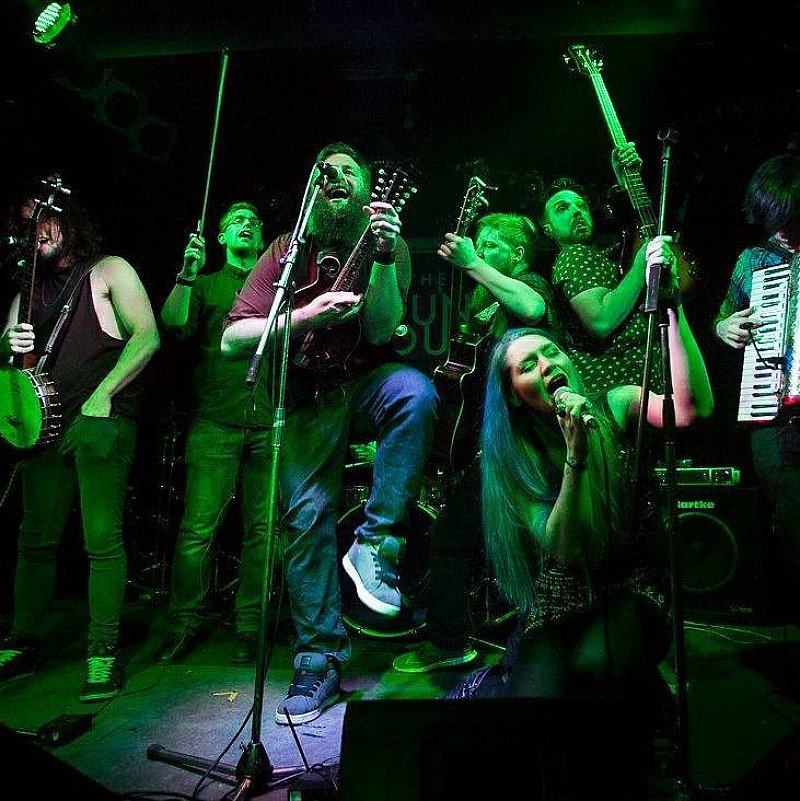 repare yourself for a night of furious, sweaty,
upbeat gypsy music, soaked in alcohol and infected with unrelenting baltic rhythms. Three groups of psychedelic harlequins are gracing the stage at The Musician this June, for a mardi gras of astronomic proportions, and it would be a sin to miss it!!

The Whiskey Rebellion are an eight-piece group of ragamuffins from the darkest depths
of Leicestershire, hell-pent on a warpath straight to your bleeding eardrums. Featuring a line-up of banjos, accordions, mandolins, violins and more, these hair-brained misfits perform a non-stop maelstrom of folk punk and gypsy-style dance tunes, guaranteed
to whip any audience into a frenzy of dance and decadence. Following the release of their debut album "Funeral Songs", they are returning again to the lost city of Leicester to host this evening, and put on a spectacle like no other: The Alcohocalypse!! And
they've brought some friends with them...

Buffo's Wake are a twelve-legged beast hatched in the murky backwaters of Brighton.The result
is the haunting sound of an abandoned circus flowing through the album, inspiring the title Carniphobia.