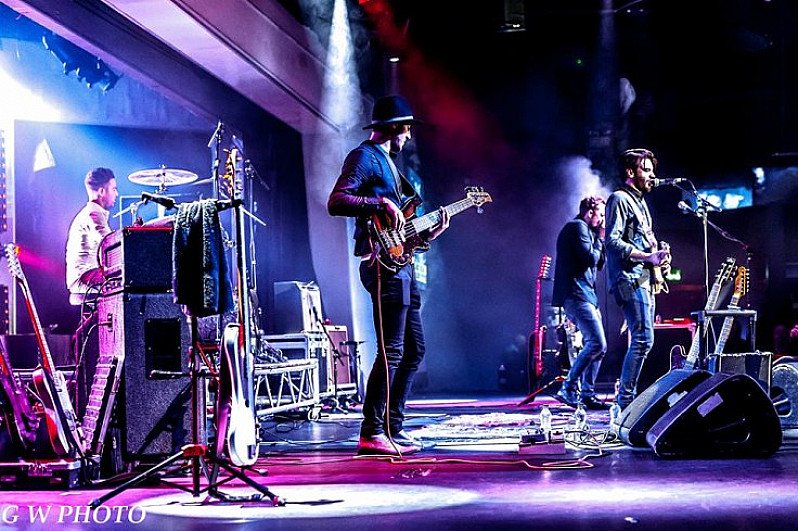 The Della Grants material cleverly bridges the gaps between several genres and if you've seen them live then you'll know just how diverse their music really is. Expertly written songs all linked by a bluesy feel and delivered on stage, in an unapologetic, old fashioned rock and roll manner. So far The DGs have opened for some of the biggest names on the circuit including: Canned Heat, Nine Below Zero and Dr Feelgood. In January 2016 they graduated from the previous years Introducing Stage at the Skegness Rock and Blues Festival to play to a packed out Centre Stage; and they didn’t disappoint. Introduced by legendary Dr Feelgood guitarist Steve Walwyn the band played a storming set of original material and closed the set with their new hit Red Mist which on the night featured Walwyn himself on guitar. Without an obvious stand-out musician The DGs are perhaps a little different to many of the genre's mainstays, but like many famous bands of the past the quality of their music more than eclipses that. When it all comes together, the look, the attitude, and the great self-penned tracks, it really works. The Della Grants latest EP titled ‘First Fix’ is available now.