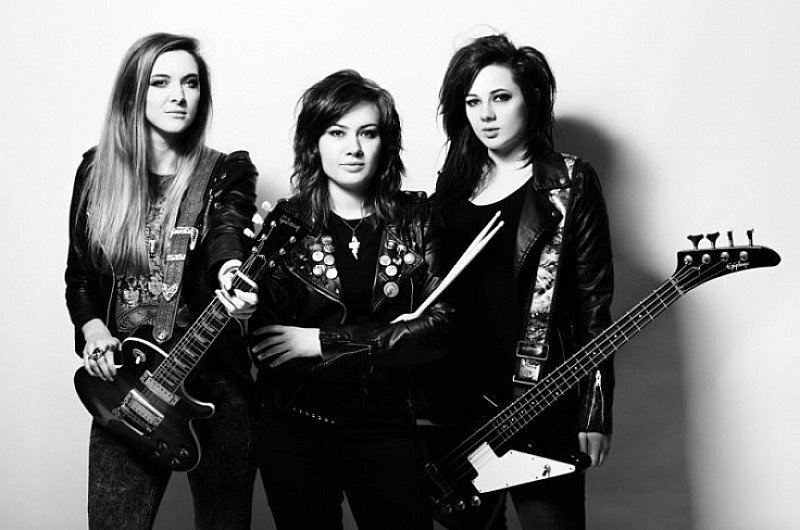 Whilst today’s popular music world seems to be based around the idea of style over substance, Scottish Hard Rock trio, the Amorettes, have a very simple plan; to take over the world, one show at a time! No fuss! No gimmicks! Just good, old-fashioned hard work, and great songs.

Anyone who has experienced an Amorettes live show can easily testify to the buzz of expectation that kicks in as soon the lights go down, and the intro rolls. Never has the Slade track, We’ll bring the house down been so prophetic in its meaning.

Relentless touring across the UK and Europe has turned The Amorettes into a lean, mean, Rock and Roll machine, leading them to be described as “Like Airbourne
fronted by Joan Jett”. Reviews for both live shows, and the albums, only reinforce the fact that The Amorettes star is still very much in ascendance, and, as long as there are stages to play, and records to make, there is no sign of this “Female Motorhead” attempting to take the easy road to the top.