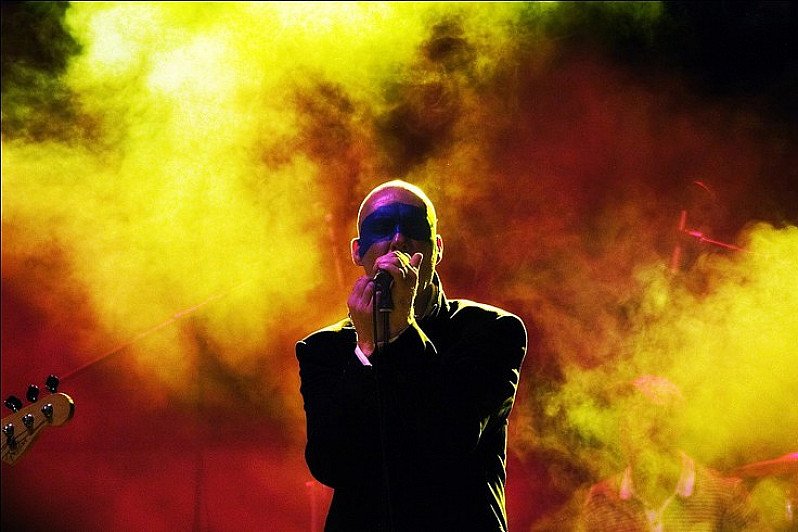 R.E.M. began; rock boned and country rooted; growing up in a live music scene, responsive to their audience, designed for live.

“That’s what makes R.E.M. a perfect band to tribute,” says Barry Eaton playing lead guitar for Stipe, “these tunes are made to be played live.”

Over their 31 year career R.E.M. were many things; “the energy of punk, but not the aggro,” said Mike Mills, bassist, “always equal credit for the music,” Peter Buck, lead guitar, “tried for so long not to write love songs,” lead vocal, Michael Stipe and Bill Berry, drummer, who remained, even after leaving the band, “the world's biggest R.E.M. fan.”

R.E.M. built a back catalogue that would reach from the addictive highs of Losing My Religion and Shiny Happy People down to the reflective darkness of Everybody Hurts, covering all else in between.

“The best performance I ever saw was my first R.E.M. gig,” says Richard Southern as lead vocal for Stipe, “the music of R.E.M. left such an impression that it will always be a part of my life.’

As an active, touring band STIPE have taken every opportunity to perfect these songs; trying to perfecting the experience of R.E.M. as a live performance. R.E.M. was one of the first alternative rock bands, playing large arenas and supporting many political and environmental causes along the way. Michael Stipe, on hearing Stipe perform live, declared, ‘These guys are awesome.’ BBC Radio said ‘My advice to you – if you hear Stipe are playing a gig near you then drop everything and go and see them.’