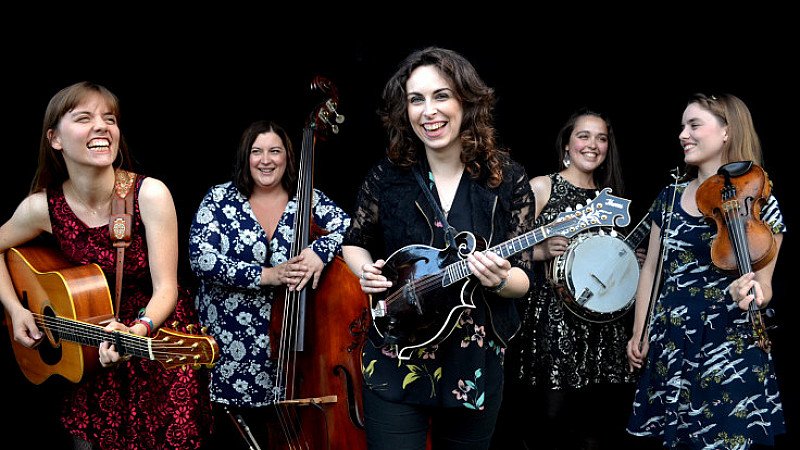 
After a brilliant gig last year am delighted to welcome back the wonderful Midnight Skyracer.

Midnight Skyracer is a new, all-female 5 piece bluegrass band playing hard driving traditional and modern classics, lesser known songs and a few originals. Featuring an all-star lineup of some of the UK’s top instrumentalists and singers, the band takes inspiration from the likes of other great female artists such as Rhonda Vincent and Alison Krauss. Formed in early 2017, the band managed to squeeze in a mini tour and several festivals over the summer, proving to be a big hit at each one, and in August recorded their debut album, Fire, which is set to be released on the 2nd February 2018.