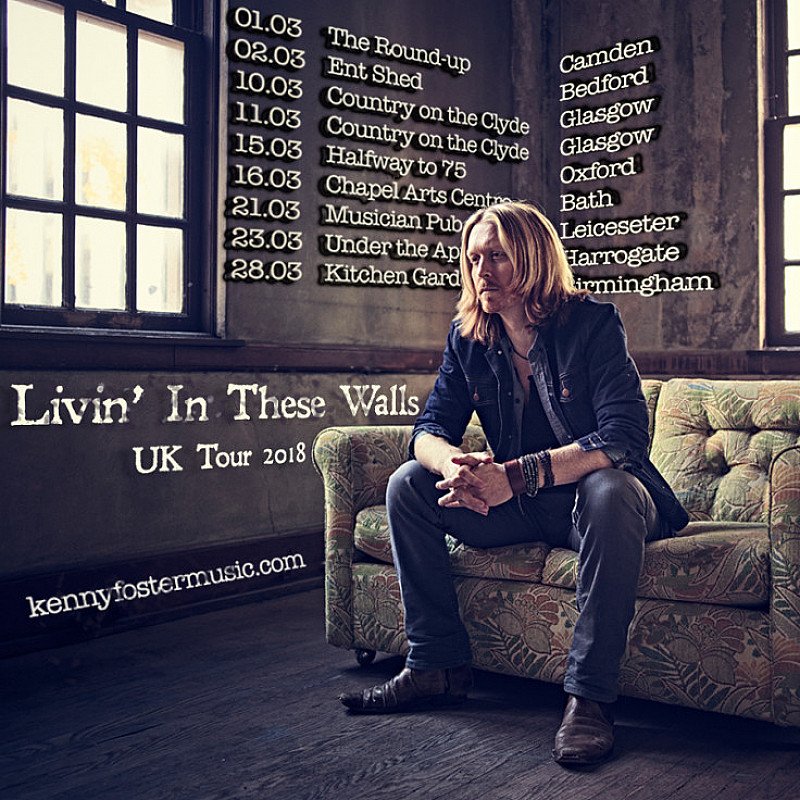 Kenny has shared the stage with artists including Maren Morris, Kacey Musgraves, Brothers Osborne, Old Dominion, Lady Antebellum, Marc Broussard, Butch Walker, Buddy Miller and countless others. He was named one of the Top 10 New Artists You Need to Know by Rolling Stone and received press in the New York Times, Washington Post USA Today and Forbes. He has been featured in two Superbowl commercials with Sheryl Crow and Danica Patrick, respectively. Kenny has appeared in numerous episodes of ABC's "Nashville" and had songs placed in "Extreme Home Makeover" and "Boston Med."