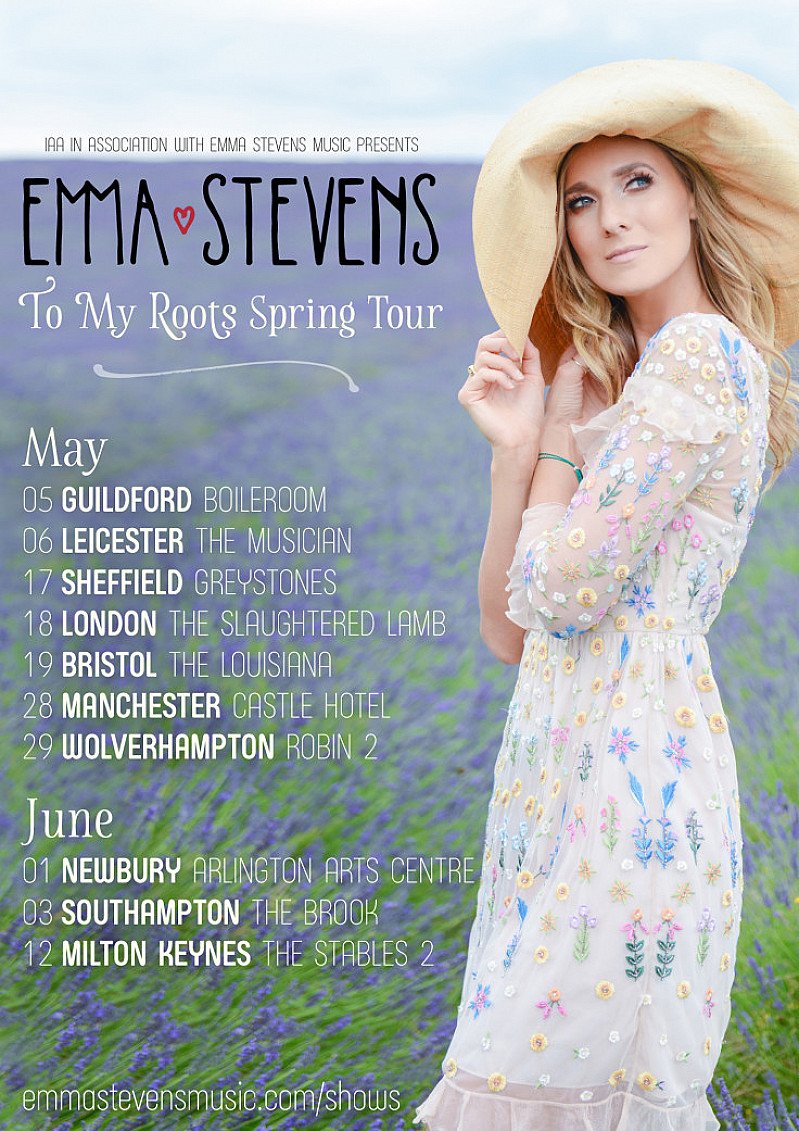 Emma’s new album, To My Roots, is collection of songs inspired by the eclectic mix of music she grew up listening to. Everything from James Taylor through Eric Clapton and Paul Simon to The Dixie Chicks, The Corrs, Carrie Underwood and Brad Paisley. “I love country music and was lucky enough to spend a month in Nashville recently writing, collaborating and immersing myself in the culture”.

Hailed as “Just Magical” by the late great Sir Terry Wogan, an early supporter of her music, Emma performed live sessions on his Weekend Wogan show three times. Embraced by the BBC Introducing initiative, she went on to perform to a crowd of 40,000 at the BBC’s Festival in a Day at Hyde Park.