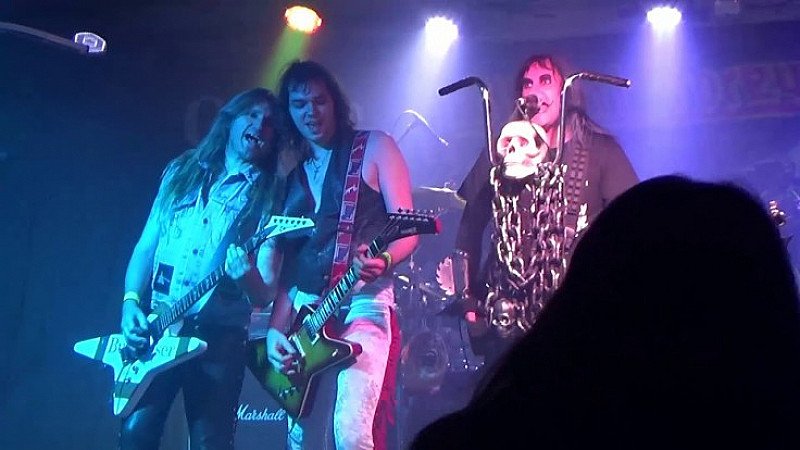 Electric Circus UK are the only UK based W.A.S.P tribute band. Formed in late 2015, with a deep passion for the mighty American outfit, it was decided a tribute act was needed that truly emulated this great Los Angeles band.

Attention to detail is absolutely paramount. You will see on stage, a custom made "Blackie Lawless" microphone stand with illuminated skull, an outfit with actual steel saw blades, and period correct guitars also customised, even an American guitarist to add to the authenticity.
Five months of solid rehearsals were done before getting their first gig.
The first three albums are the preferred era.
Favourites like, Animal, Love Machine, Wild Child, On Your Knees, Blind In Texas, are included in the set list.