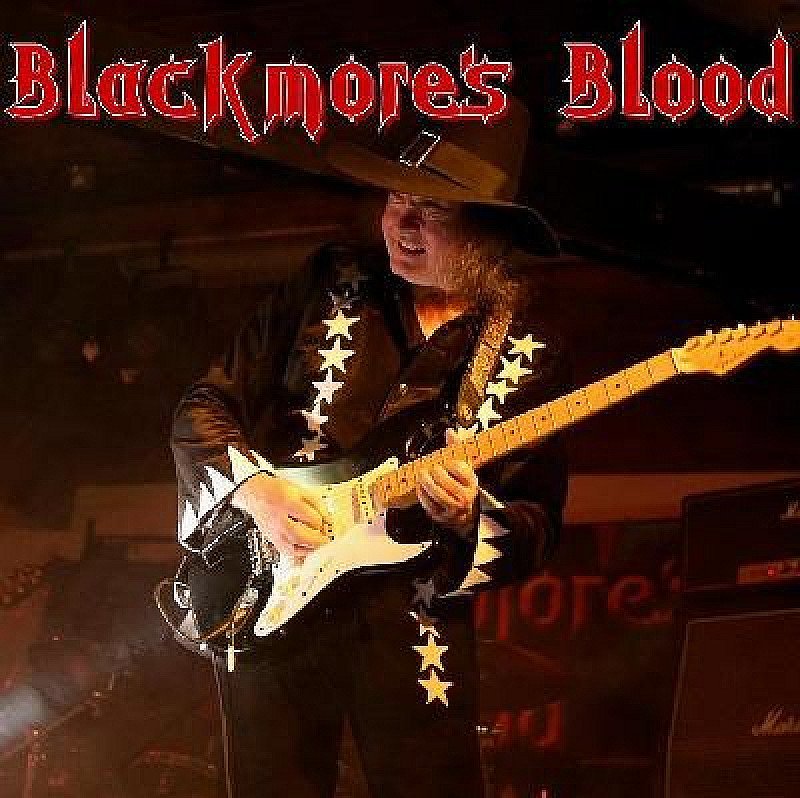 
Ritchie Blackmore is beyond doubt one of the all-time great guitar players. From his roots with The Outlaws and his many session recordings in the sixties, through defining hard rock with Deep Purple and Rainbow in the seventies and eighties and on to the renaissance rock of Blackmore s Night, Ritchie has proved that he is a master of the guitar across a multitude of styles.

Since the band’s first gig in January 2016, Blackmore’s Blood’s reputation has spread dramatically, with huge success to the point where it is now acknowledged that they represent an authentic tribute to the genius, flamboyance and flair of Ritchie from the rock years of Deep Purple and Rainbow, incorporating not only the true sound of the man himself but also the showmanship is recreated in true Ritchie style.

The band share an unequalled determination, commitment and passion to reproduce the look and sound of Deep Purple and Rainbow that fans of these two great bands want to see and hear. With support and acknowledgement from personnel who have worked closely with Ritchie spread over 40 years and more, it is clear why they say this band’s own Ritchie, really is the closest and the finest tribute to Ritchie Blackmore anyone has seen.