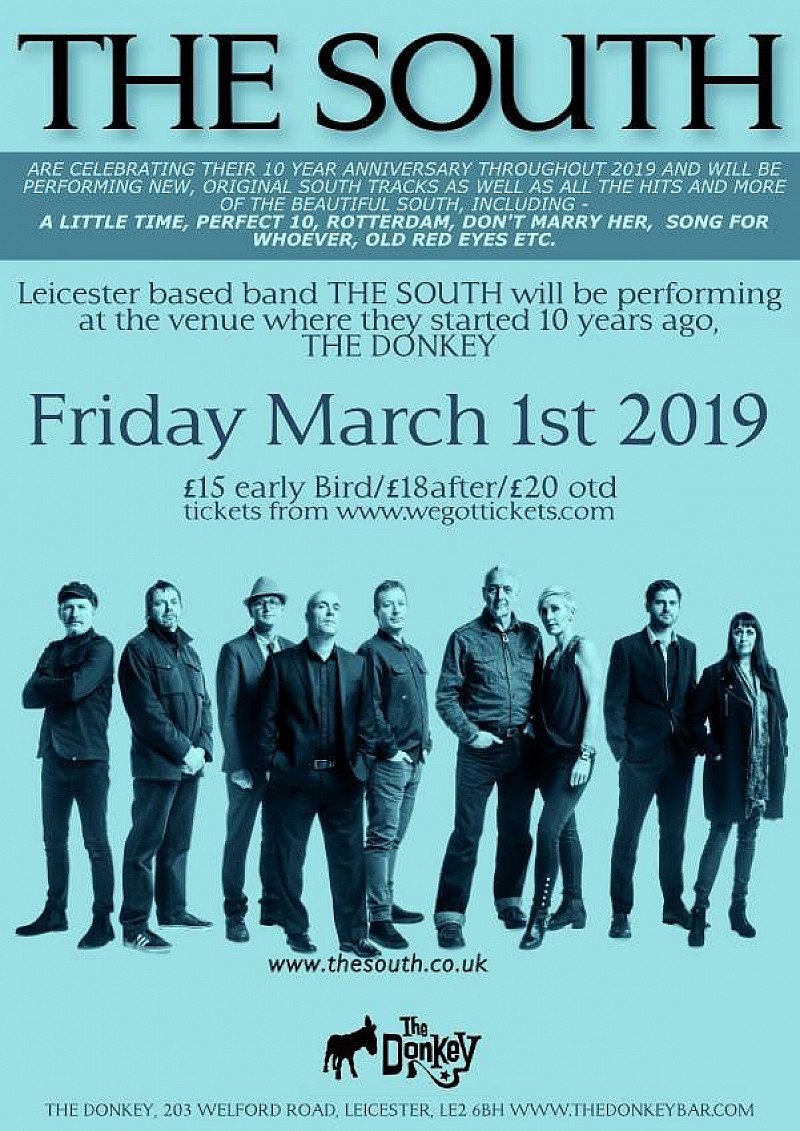 It was 10 years ago in March 2009 that The South performed their first gig. It was at The Donkey, Leicester. A venue where Gaz Birtles, ( the sax player at the time) also worked as a music promoter. Gaz had also played sax, since 1989, with The Beautiful South right up to their demise in 2007.
The South were formed by former members of The Beautiful South to carry on playing those timeless Heaton/Rotheray hits and album tracks to the fans that were still hungry to hear them.
In June 2017 lead singer Dave Hemingway retired from the live music scene for a while so was replaced by Gaz Birtles on lead vocals, long with original female vocalist, Alison Wheeler. The first show Gaz did was at…..The Donkey! So it’s no surprise that the band have chosen this venue to kick start their Anniversary year off on a high!
This 200 capacity venue will be full to the rafters so please get your tickets ASAP.