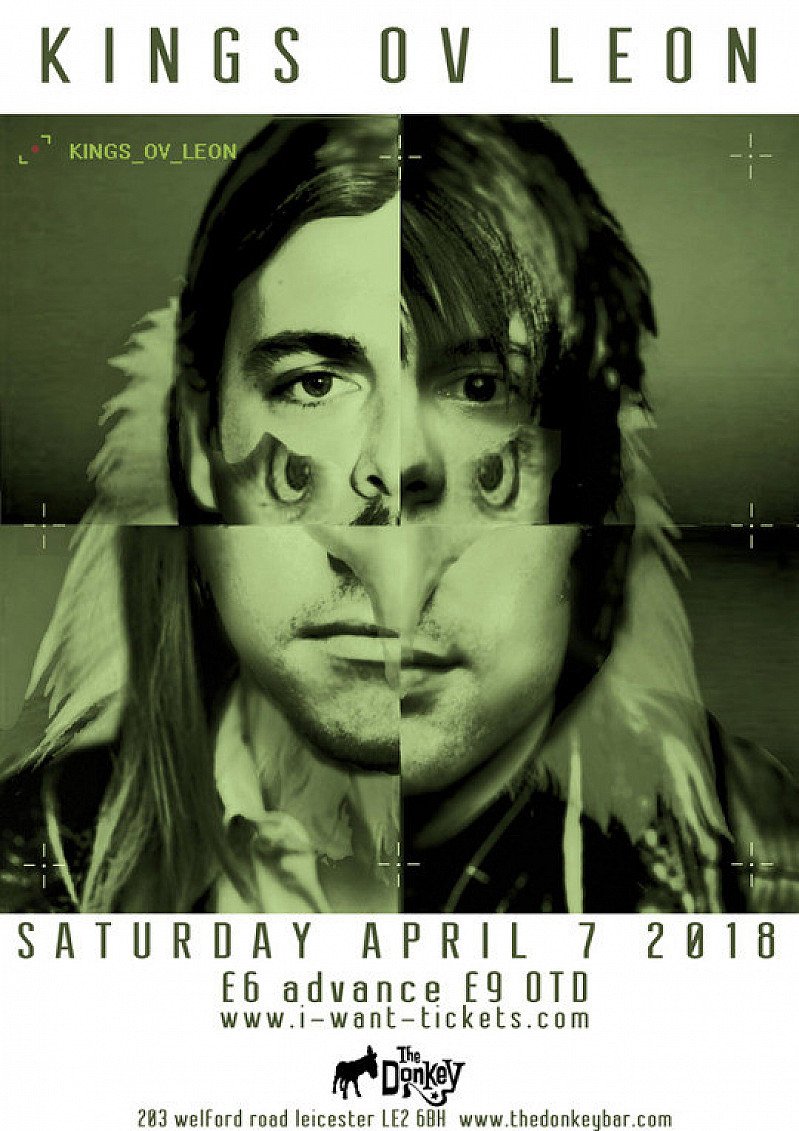 The WORLD's most sought after Kings of Leon tribute bring their brand new 2018 show to Leicester!

Since 2007, Kings Ov Leon have sold out venues across the U.K. and Europe, with their breathtaking show... They've headlined the world's biggest tribute festivals and are the only KOL tribute band to have been publicly endorsed by Kings of Leon, on a number of occasions.