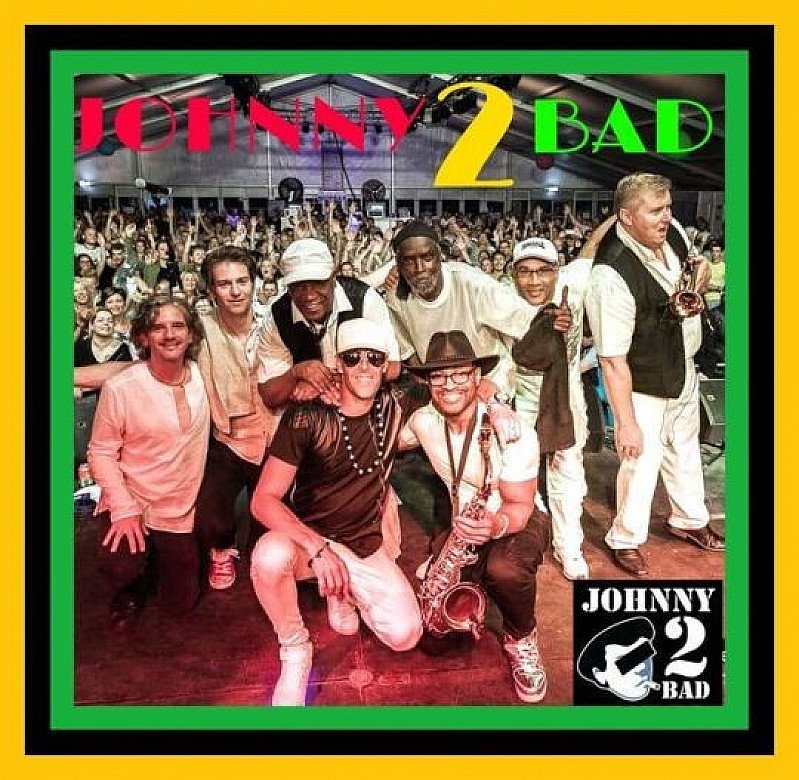 Formed in 2008 and now an 8 piece band, 'Johnny2Bad' performs the music of UK Reggae legends UB40, presenting their high energy live show (with the Brass section and Lead vocalist going out into the audience) doing all the Hits and Classics to audiences in both the UK and Europe, including: Homely Girl, Happens Again, Kingston Town, Baby Come Back, Can't Help Falling in Love, Red Red Wine and more...
Members of the band have supported artists like: Pato Banton and The Reggae Revolution (on many worldwide tours), Sting, Peter Gabriel, The Beat with Ranking Roger, Dreadzone, Selectors, The Moulettes, Skatalites, and UB40 with Ali Campbell, Astro and Mikey, during their 2014 and 2015 Sold Out shows in the UK, at O2 Arena London, Hatfield House, Burghley House and also Lincoln Castle in 2016.
The band performed a number of pre-sold out shows across the UK and in Holland in 2016, including Sold Out shows at 'Reggae Night' in Nijmegen, 'Zomergeblaos fest' in Hilvarenbeek, and the Assen TT Festival in Holland, in front of an audience of over 8,000. This year 2017 has seen the band play even more Sold Out shows, including the Dorpsfeest Stoke City Live fest in Holland, and a 5,000 plus tent at GlastonBarry tribute fest in Wales, along with us playing the Somerset tribute festival at the Yeovil showground. J2B will work anywhere in the UK, Europe, or the World.