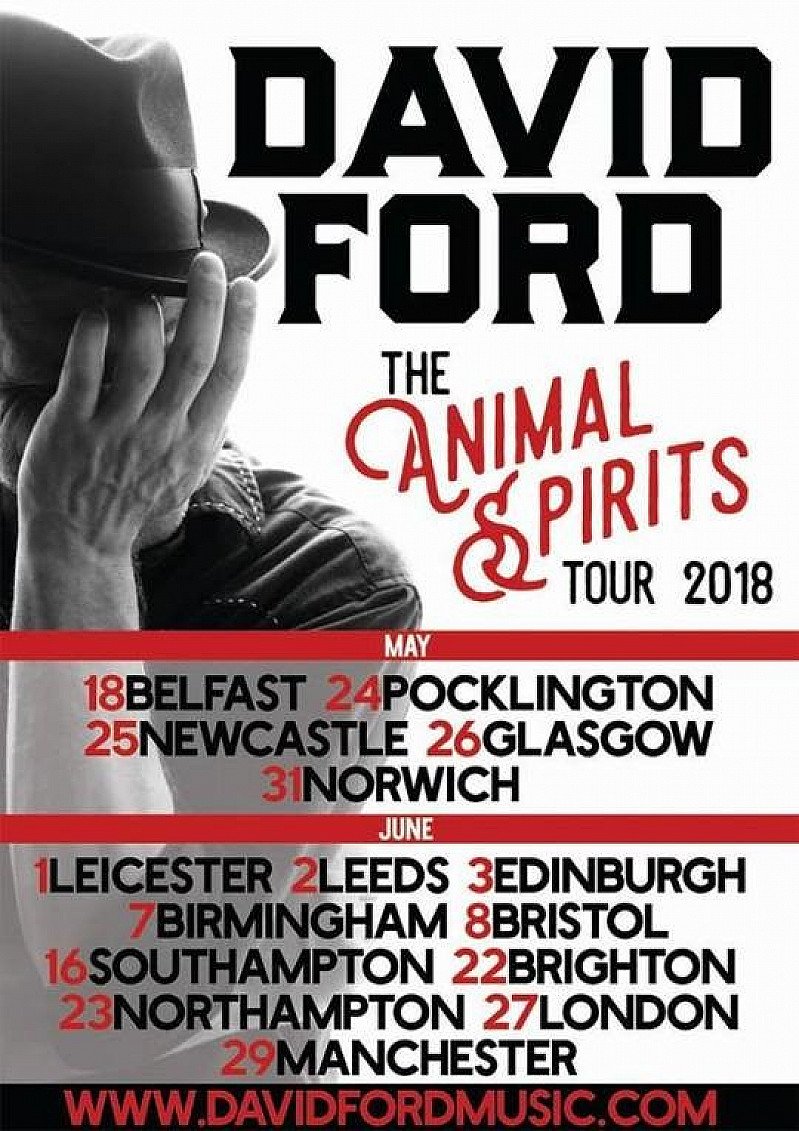 With four critically-acclaimed studio albums and a live show defined by the British music press as â€œunmissable,â€ David Ford is essential listening for anyone who gives a damn about music.

Ford's songs combine Americana, English melodicism and a touch of rock 'n' roll, tied together with finely-crafted lyrics. His emotive stories of social commentary, politics and love in a world going to hell are powerful, engaging and hark back to an era of classic songwriting. Think Tom Waits, Neil Young and Randy Newman. From raw-throated passion to delicate piano balladry, Ford's music is intelligent, witty and authoritative.

Hailing from the South Coast of England, Ford has been lauded by press and public alike throughout his decade-long solo career. His debut album, I Sincerely Apologise For All The Trouble I've Caused, was included in both The Times and Word Magazine's top ten albums of the year and his latest album, Charge, was described by press as his â€œbest album to date. â€ His records have achieved number one slots on iTunes and in February 2014, a bizarre twist of fate saw him travelling to Paris to receive the French Grammy award for song of the year. Ford ended 2014 with a sell-out tour of the UK backed by a string quartet, playing selections from his new mini-album, The Arrangement. Then in a shift of direction that has come to typify his uniquely eclectic brand of creativity, Ford toured the UK in May 2015 with a show he called â€œThe One-Man Full-Band Showâ€. This featured Ford playing an entire stage full of instruments linked together by a home-made array of loop machines and triggering devices that helped him produce a full-on rock show played by one person.