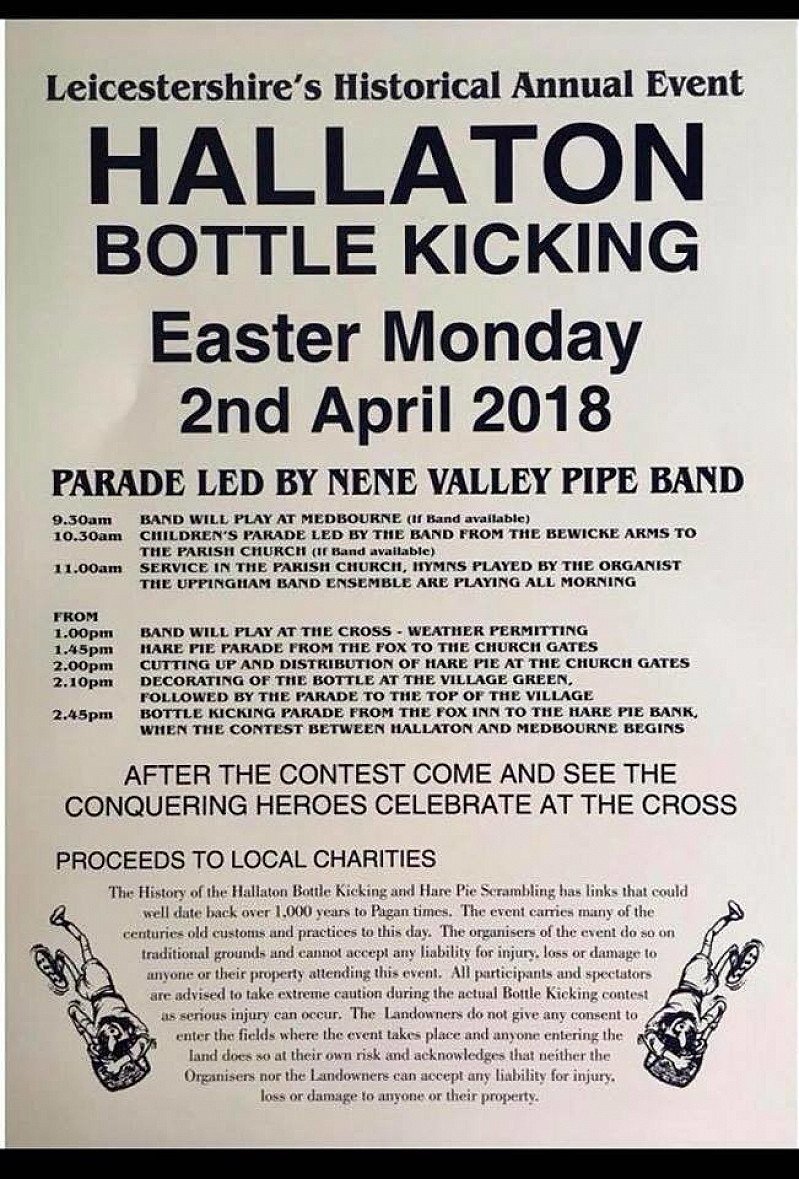 Bottle-kicking is an old Leicestershire custom that takes place in the village of Hallaton each Easter Monday.
Records of bottle-kicking date to the late 18th century, but the custom is thought to originate much earlier, from before the Christian era.
The event starts with a parade through the villages of Medbourne and Hallaton. Locals carry a large hare pie and the three "bottles", which are actually small kegs or barrels. Two of the bottles are filled with beer; the third, called "the dummy", is made of solid wood and painted red and white.
The pie is blessed by the Hallaton vicar before being cut apart and thrown to the crowd for the "scramble". The rest is placed in a sack to be carried up the nearby Hare Pie Hill.
The bottles are then taken to the Buttercross (a conical structure with a sphere on top, used for keeping butter and cheese cool when the village was a market town) on the village green to be dressed with ribbons. Here, the penny loaves are distributed to the crowd.