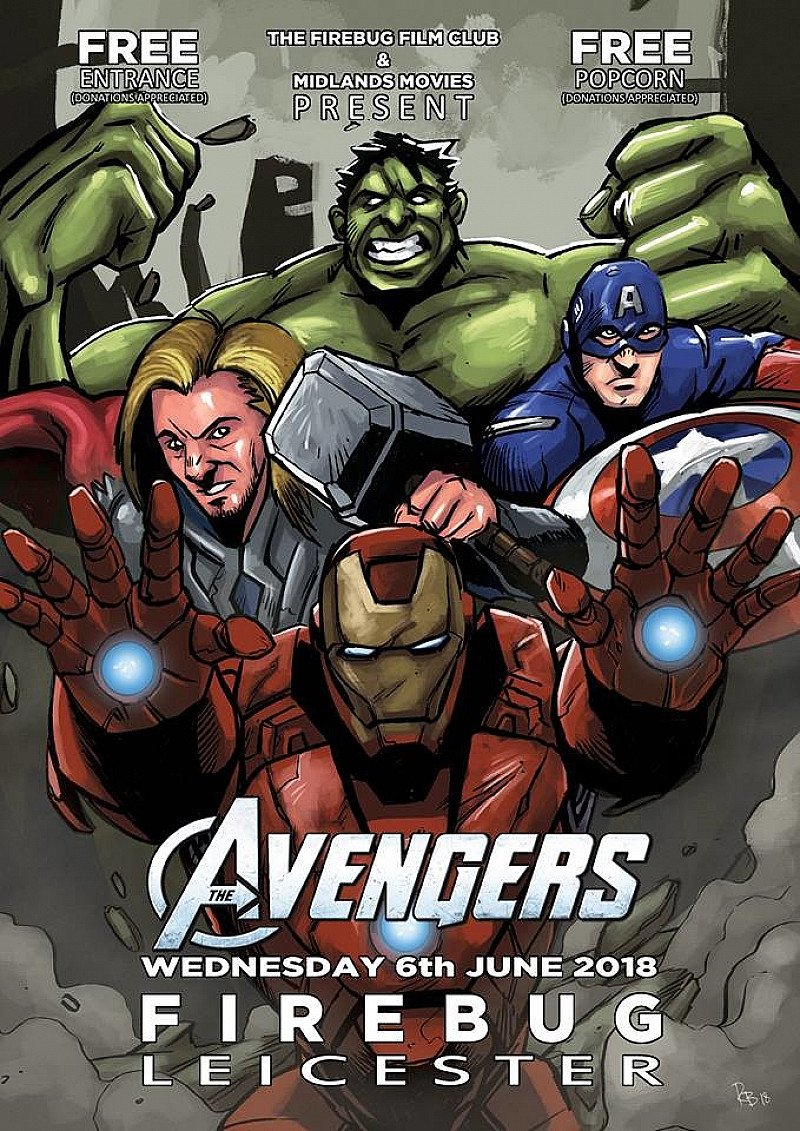 From 7pm on Wednesday 6th June viewers can grab their hammer and shields but hopefully not get angry as you team-up with fellow heroes at Leicester’s Firebug bar for an amazing MARVEL themed night.

The screening has FREE entry with a £3 suggested donation as there will be free popcorn, competition raffle prizes and themed fancy dress. Midlands Movies' events began in 2015 and have seen packed audiences get involved in the successful nights which have included Halloween screenings, Christmas films and comedy festival evenings.

Midlands Movies will again be showcasing local moviemakers before the main event to keep promoting and assisting the regional talent in the area to open up their films to a wider audience. On the night there will be a trailer for Leicester fan-film "Spider-Man: Another World" from Joey Lever.