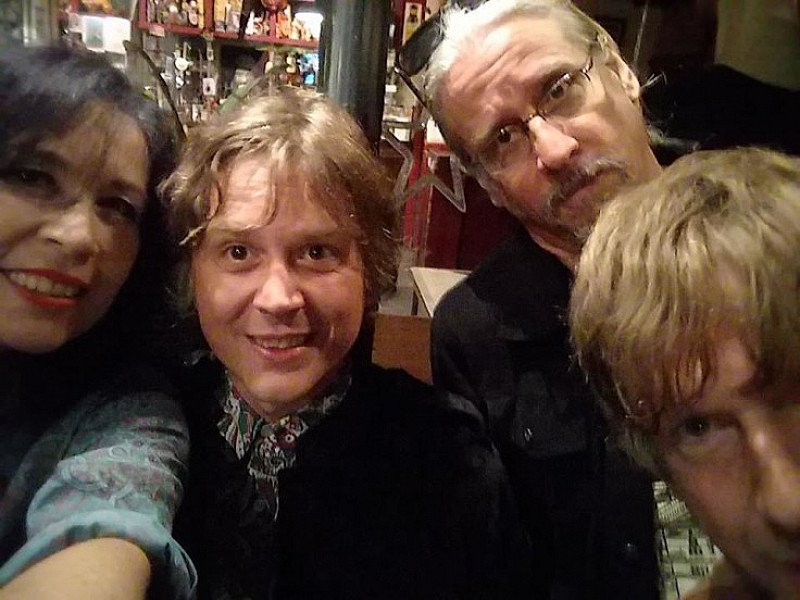 From Los Angeles – pop-Americana artists Anny Celsi and Nelson Bragg team up with Dublin’s Duncan Maitland to form a high-energy, high-flying trio. It’s Brill Building hooks, Byrds-y harmonies and Beatle-esque psychedelia! Celsi’s style has been described as “beatnik cool,” “pop-noir,” and “slightlydelic pop jangle,” with comparisons to Suzanne Vega, Jackie DeShannon and Chrissie Hynde. While Bragg’s day job for 14 years was percussionist-vocalist with The Brian Wilson Band, between tours he also found time to release two critically acclaimed albums of his own, most notably “Day Into Night.” Maitland has plied his 12-string with pop heroes Picturehouse, Pugwash and XTC. His “Lullabies for the 21st Century” is “a trip through the acid-tinged English foothills of rainyday sunshine pop.”

Support from Bob of the Pops, the slightly daft pop-worship side project from The Junipers’ Robyn Gibson.