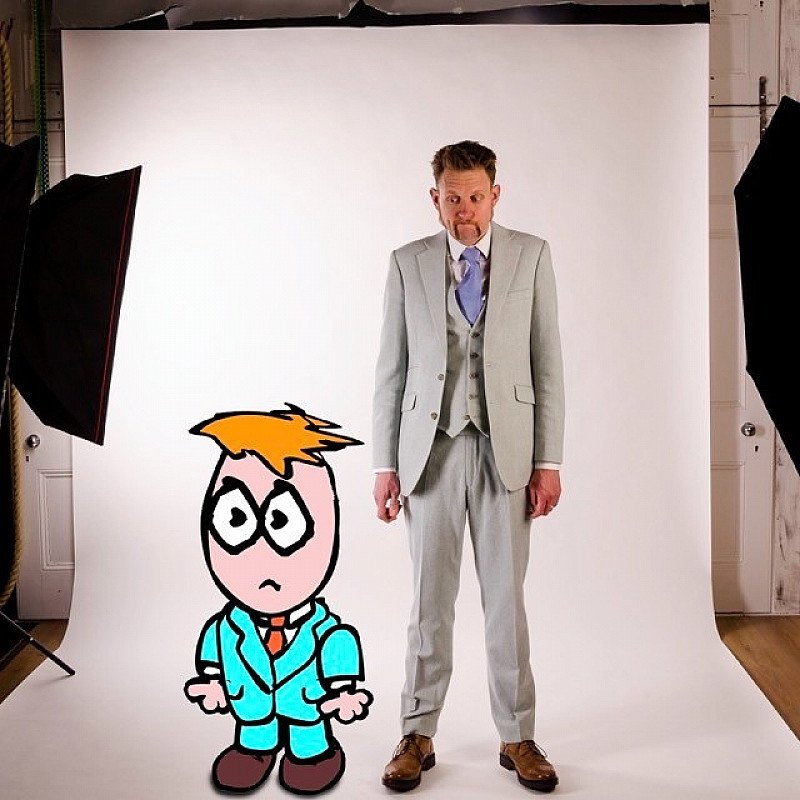 The world's first and only human/cartoon double-act return after a full-to-capacity run at Ed Fringe 2017. Being a grown-up has snuck up on Big Howard, yet Little Howard remains 6. How does one tackle the harsh realities of the world when your co-star wants to close the show on his fart-psychic routine? Perrier-nominated Big Howard and Little Howard have graced stage and screen all over the world, won a Writer's Guild Award. "Genius" Daily Mail.