Posted 2 years ago by Snizl for Cool Britannia Festival 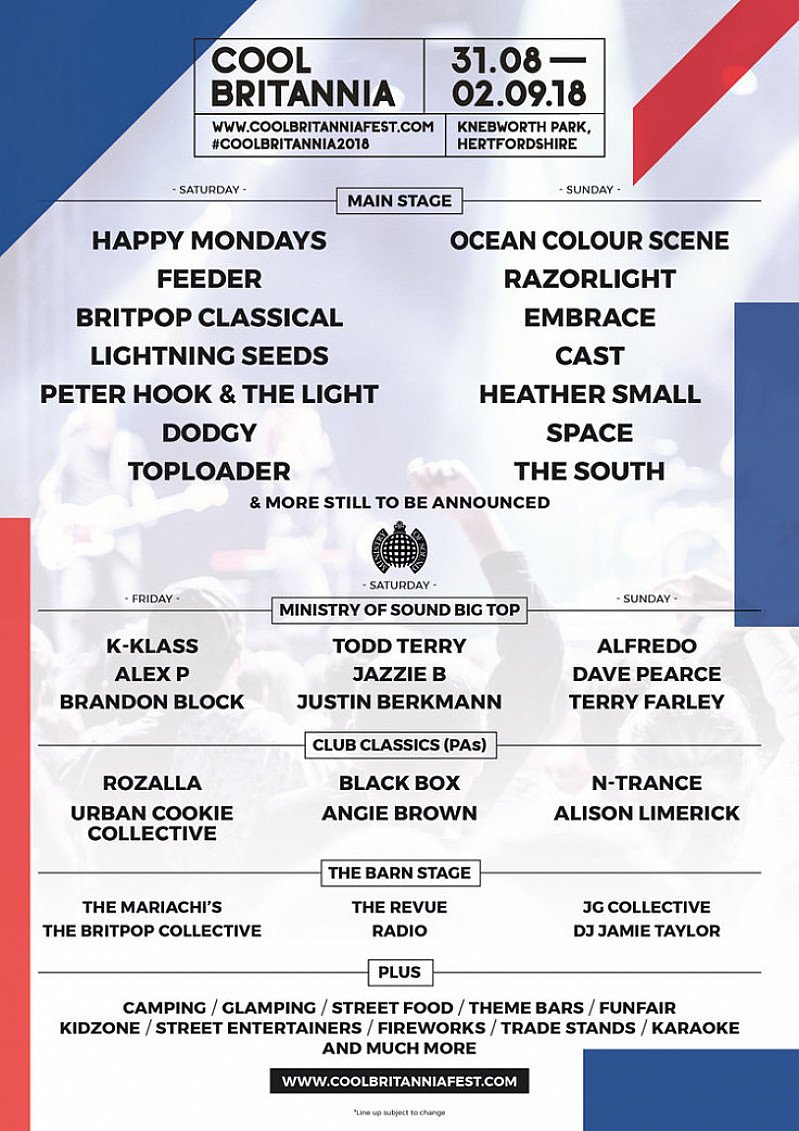 By Snizl for Cool Britannia Festival

This summer sees the launch of a brand new epic music festival Cool Britannia — which will take place at Knebworth — the stately home of rock.

Cool Britannia will feature some of the best of British rock and dance music. The Main Stage will be headlined by Happy Mondays and Ocean Colour Scene — with amazing supporting artists including Embrace, The Lightning Seeds, Peter Hook & The Light, Cast, Heather Small, Dodgy, Space, Toploader, The South and more acts still to be announced.

The festival will also see the premier of ‘Britpop Classical’ which will feature a full orchestra together with rock band and guest soloists including The Farm’s Peter Hooton, Republica’s Saffron and Heaven 17’s Glenn Gregory, with others to be announced, performing unique versions of Britpop classics.

Cool Britannia has also teamed up with the legendary Ministry of Sound. Housed in the Big Top, they will feature some of the best club DJs of the era including Todd Terry, Brandon Block, Jazzie B and Alfredo. Each night there will be appearances by a host of club classic stars including Black Box, N-Trance, Rozalla, Alison Limerick, Angie Brown and Urban Cookie Collective.