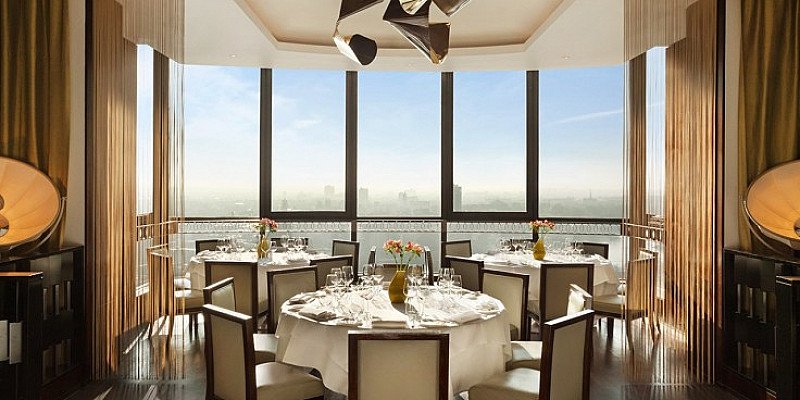 Michelin-starred Galvin at Windows offers "glamorous eating in the sky", according to The AA. A 3-course lunch or dinner from an exclusive menu accompanied by a cocktail is now £29 per head.

Why We Love It
- This deal is valid for both lunch and dinner
- "Joo Won steps up to the spectacle with a dazzling style of Asian-inflected modern European cuisine that scores many a hit," says The AA, which awards the restaurant three Rosettes
- "The real star of the show is what's outside", according to GQ -- the restaurant is on the 28th floor of the London Hilton on Park Lane, so you'll get to admire some of London's most famous landmarks, including Buckingham Palace and Big Ben
- You might meet Fred Sirieix, general manager at Galvin at Windows, who is also the maître d' from Channel 4's "First Dates"