Kygo at The O2 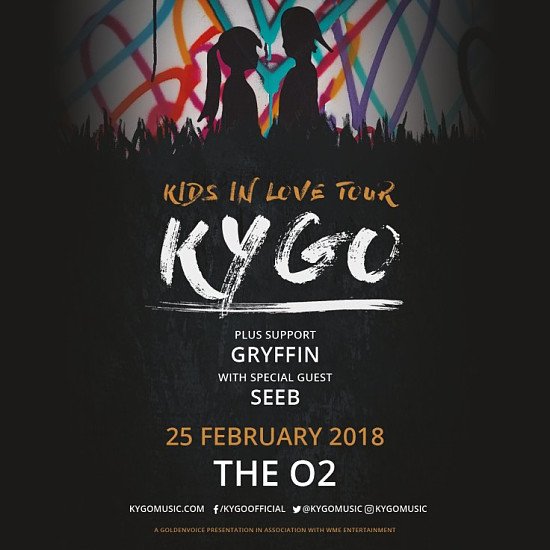 Kygo at The O2

Doors Open: 18:00
Price: £32.75 - £58.75
Kygo announces “Kids in Love Tour”, including London's The O2
with special guests GRYFFIN and Seeb
Norwegian superstar, Kyrre Gørvell-Dahll, a.k.a Kygo, announces the “Kids in Love Tour” with Gryffin and Seeb. The highly anticipated tour will kick off on February 5, 2018 in Helsinki in support of his sophomore album Kids in Love via Sony Music Sweden/Ultra Music/RCA Records – due November 3. Phase one of the tour will also make stops in Oslo, Paris, Toronto, New York, and more. The project, which will be available everywhere on November 3rd, features collaborations with One Republic, John Newman, and more. The tour announcement follows the release of two buzzing singles from the forthcoming album including the title track “Kids in Love” and “Never Let You Go”