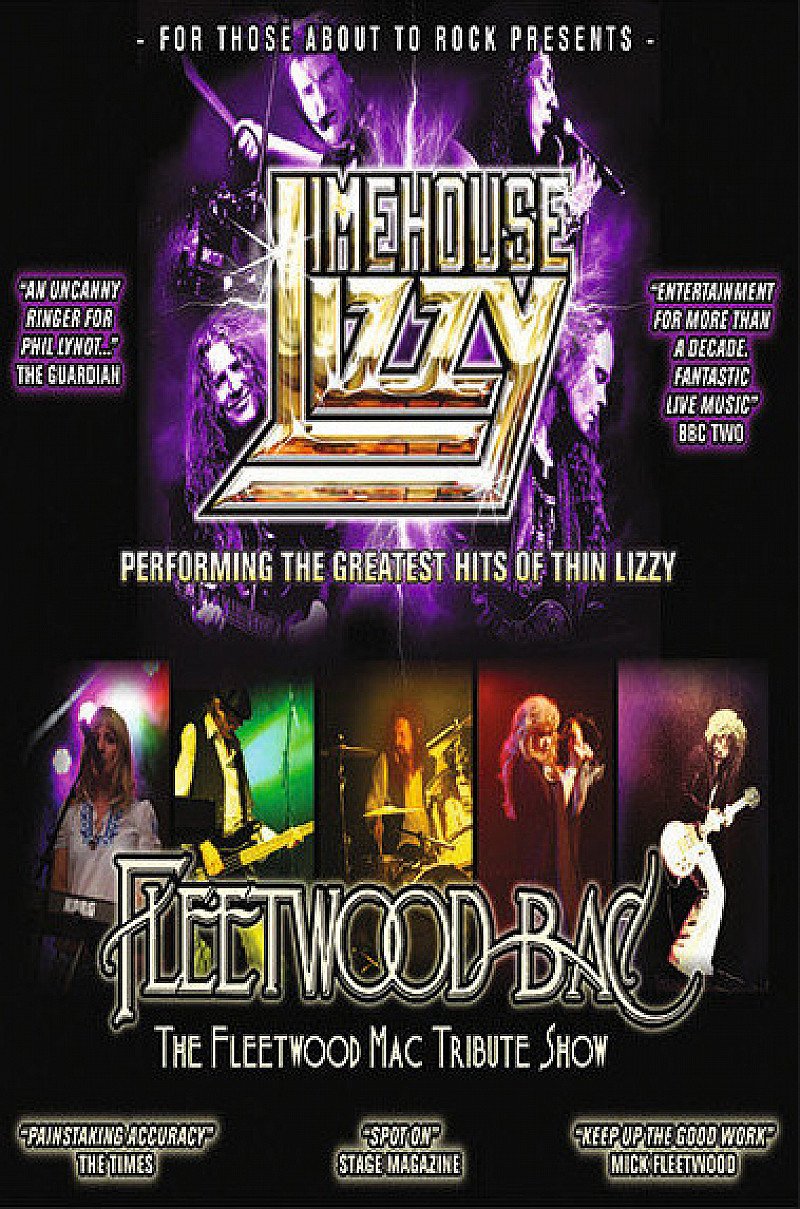 From their Official PRS award, performing for Virgin Atlantic in Barbados, T.V. appearances (BBC 2’s ‘Arena’ amongst others), and to actually being recruited to record and tour by members of the original Thin Lizzy, Limehouse Lizzy enter their 21st year with their most explosive show and critically-acclaimed line-up yet. The boys are back!

FLEETWOOD BAC were the world’s first and are regarded as the UKs most authentic Fleetwood Mac Tribute show, endorsed by Mick Fleetwood himself, raved about by Peter Green’s biographer, and are the only Mac tribute band in the world to authentically replicate the classic Stevie/Lindsey/Christine/John/Mick ‘Rumours’ line-up.