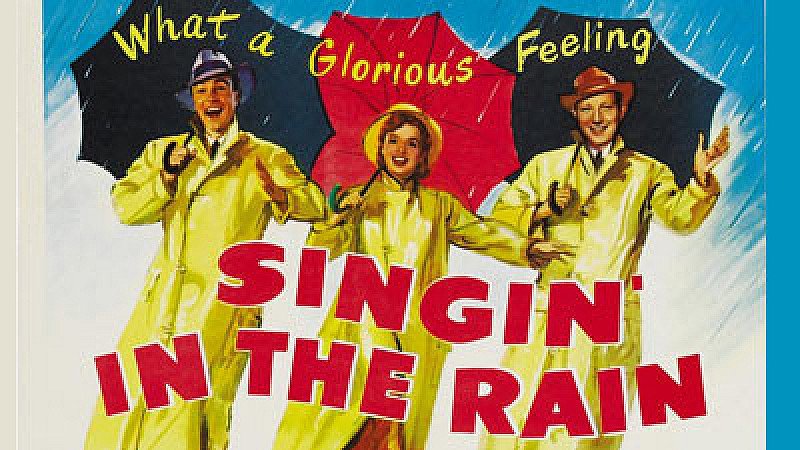 Comedy, romance, great musical numbers, stars at their best and a fond recreation of a bygone moviemaking era: Singin' in the Rain has so much that it ranked a lofty 10th on the American Film Institute's 100 Best American Films list. "Gotta dance!"; sings star and co-director Gene Kelly. But the imperative of the film's storyline is gotta talk! Silents are giving way to Talkies - and a hoofer-turned-matinee-idol (Kelly) is caught in that bumpy transition, as well as his buddy (Donald O'Connor), prospective ladylove (Debbie Reynolds) and shrewish co-star (Jean Hagen) in a hilarious Oscar-nominated performance). Singin' in the Rain is pure singin', dancin', laughin', lovin', moviewatchin' joy. (98mins)