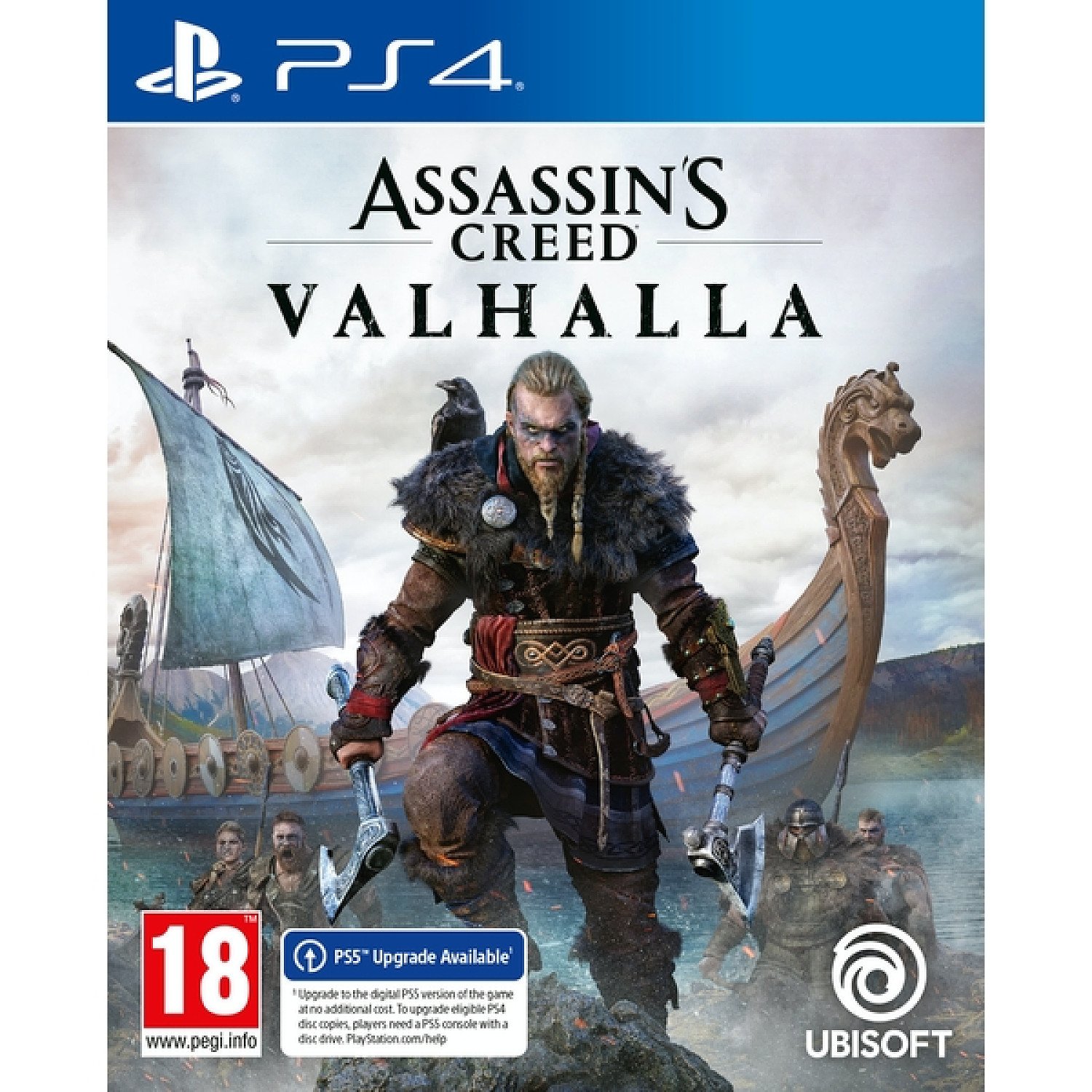 Ninth century AD. Driven from Norway by endless wars and dwindling resources, a Viking raider, Eivor, leads a clan of Norsemen across the icy North Sea to the rich lands of England’s broken kingdoms. Their mission: establish a new permanent home, no matter the cost.

In ********’s Creed Valhalla, you are Eivor, a fierce Viking warrior raised on tales of battle and glory. Explore a mysterious and beautiful open world set against the brutal backdrop of England’s Dark Ages. Raid your enemies, grow your settlement, and build your political power in the quest to earn a place among the gods in Valhalla.

Wars will rage. Kingdoms will fall. This is the age of the Vikings.

WRITE YOUR VIKING SAGA – Advanced RPG mechanics allow you to shape the growth of your character and influence the world around you. With every choice you make, from political alliances and combat strategy to dialogue and gear progression, you will carve your own path to glory.

VISCERAL COMBAT SYSTEM – Dual-wield powerful weapons such as axes, swords, and even shields to relive the ruthless fighting style of the Viking warriors. Brutally decapitate your foes, vanquish them from afar, or stealthily assassinate targets with your hidden blade. Challenge yourself with the most varied collection of deadly enemies ever found in an ********’s Creed game.