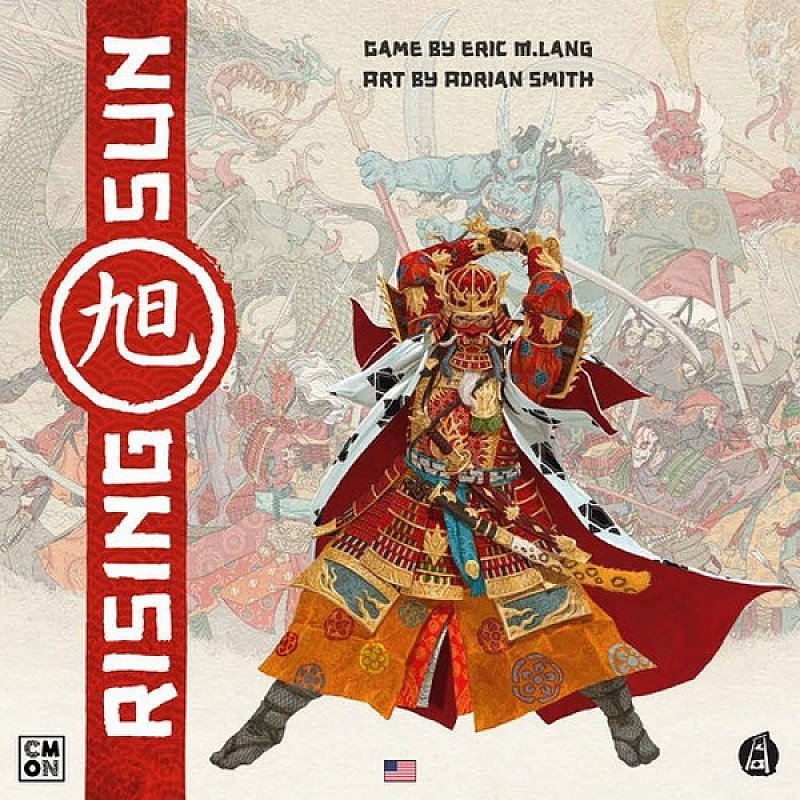 Rising Sun is a game about honor, negotiation and warfare in a feudal Japan where the ancient gods (kami) have returned to rebuild the empire.

Whereas the distant ancestor of Blood Rage was Risk, Rising Sun claims Diplomacy as its distant ancestor. Tackle negotiations, alliances and war. Capture hostages and commit seppuku. The game features an honor track, in which you can rise and fall based on your behavior.

Rising Sun is a board game for 3 to 5 players set in legendary feudal Japan. As the Kami descend from the heavens to reshape the land in their image, it is up to each player to lead their clan to victory. Use politics to further your cause, negotiate to seek the most profitable alliances, worship the Kami to gain their favor, recruit monsters out of legend to bolster your forces, and use your resources wisely to be victorious in battle. Created by acclaimed designer Eric M. Lang, Rising Sun reunites the same creative forces responsible for the smash hit Blood Rage, with stunning artwork by Adrian Smith and intricate miniatures sculpted under the direction of Mike McVey