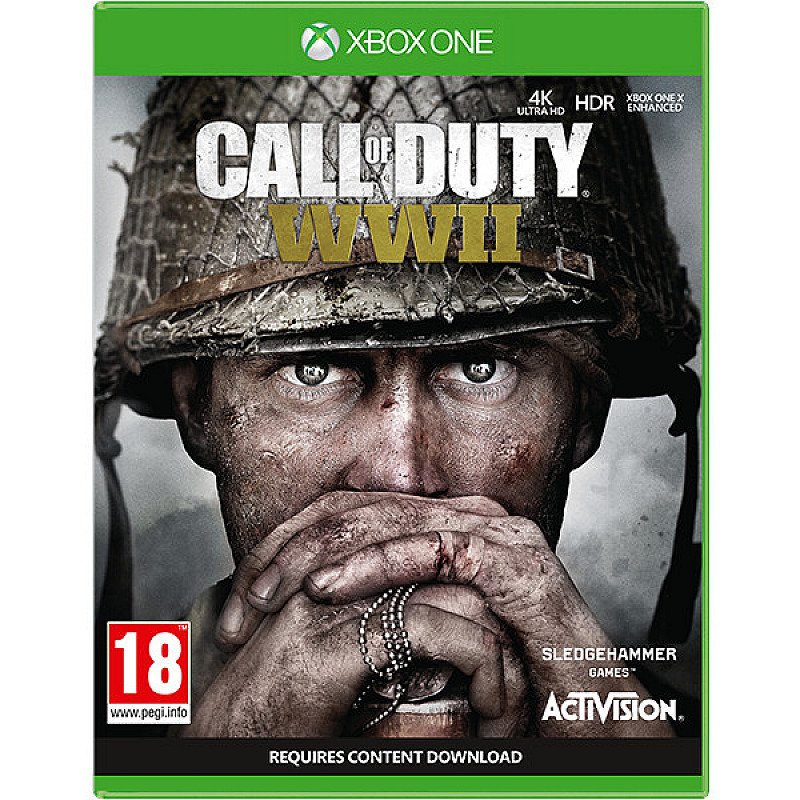 Call of Duty returns to its roots with Call of Duty WWII - an experience that redefines World War II for a new gaming generation.

Campaign mode transports players to the European theater as they engage in an all-new Call of Duty® story set in iconic World War II battles.
Multiplayer marks a return to boots-on-the ground Call of Duty gameplay, immersing the player in World War II like never before. Authentic weapons, traditional run-and-gun action, and exciting modes of play immerse gamers in historic World War II-themed locations, and thrilling Multiplayer action.
Co-operative mode unleashes an original story featuring a dark new enemy in an experience full of unexpected, adrenaline-pumping moments. (to be revealed soon)
Multiplayer
Call of Duty WWII Multiplayer brings Call of Duty back to its roots with heart-pumping, iconic boots on the ground gameplay, bringing new levels of immersion and excitement to the Multiplayer experience. Players will face grounded, chaotic combat featuring an arsenal of classic weapons across many of World War II’s most iconic locations, bringing the harsh brutality of the war to life, while immersing the player in the intensity and emotion of the greatest conflict in history. Call of Duty: WWII offers players bold new experiences, exciting new ways to play, and innovative new opportunities to socialize and showcase their accomplishments with friends and the Call of Duty community.

Headquarters
Offering a robust social space dedicated to engagement off the frontlines, Headquarters paves the way for all-new avenues of Multiplayer interaction, recognition and awards unlike anything experienced in the franchise to date.

Divisions
A new way to engage in a player’s Multiplayer career - Divisions immerse players in the heroic journey of enlisting in the world’s most historic war. Choose from a variety of Divisions, including Infantry and Armored Divisions.

War Mode
A new Multiplayer experience that immerses players in iconic World War II battles, where Allied and Axis clash in team-driven gameplay in the fight for strategic objectives.

Boots On The Ground Gameplay
Multiplayer marks a return to iconic boots on the ground Call of Duty gameplay that fans know and love, featuring an arsenal of World War II-era weapons, and fast-paced, heart-pumping, intense run-and-gun action.