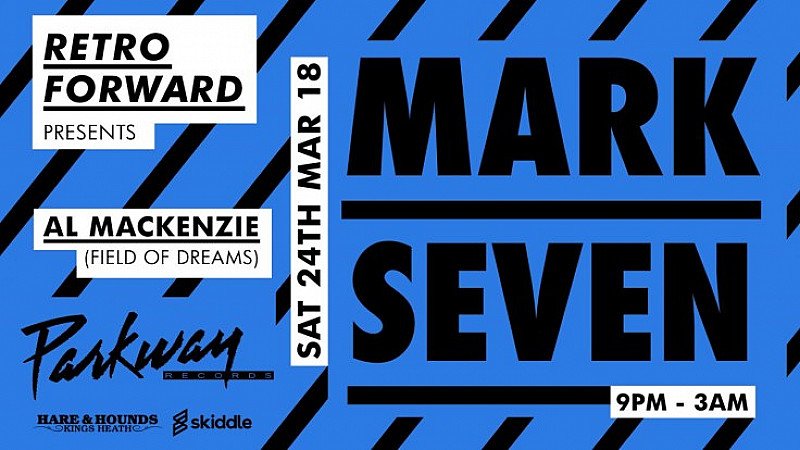 After two sold out parties we are very proud to present one of, in our opinion, the best DJs on the planet to our intimate party in Birmingham.

Based in Stockholm since the late 1990s, Mark Seven began his obsession with the dance on the lengendary dancefloors of London clubland. As Acid House took root in the capital Mark was a regular at the similarly hallowed Future and Shoom and started organizing his own events. His passion for discovery led him to journey across the U.S. and Europe to source vinyl, and has resulted in his own store, Juswax. In Stockholm Mark set up the Black Lodge all-nighters, mix-tapes from which helped to alert the outside world to his knowledge and ability.

Producing since 1991 and running labels since 1992, Mark`s current project, Parkway, is inspired by the sounds he first fell in love with: the explosion of creativity that occurred post-Disco, when electronics became more affordable and the music moved back underground. Names like Paul Simpson, Winston Jones and Boyd Jarvis, Emergency, Streetwise, and Easy Street. Records with Herb “The Pump” Powers etched in the runout and segues of exclusive edits / remixes of unknown-to-all-but-a-few Black music releases of the 1980s. Unsung tracks that fed into a sound that became House. A history, that without people like Mark, would have already been forgotten.