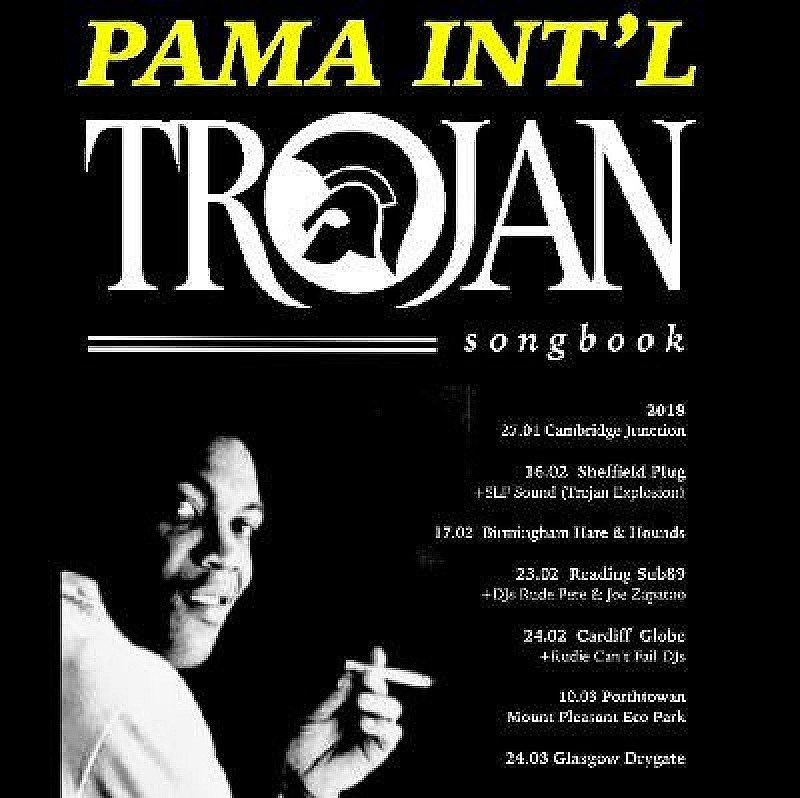 Every customer attending the show will receive a Trojan songbook which features all the lyrics and history of each song.

Since its launch in the summer of 1968, Trojan Records has continually led the way in presenting the very best in classic Jamaican music to fans the world over.

During its early days, the company was instrumental introducing reggae into the mainstream, enjoying no less than 36 major UK hits between 1969 and 1975 and in so doing introducing the likes of Ken Boothe, Bob & Marcia, John Holt, Jimmy Cliff, Dave & Ansel Collins, The Pioneers and Toots & The Maytals to a global audience.

In 2006 Pama International became the first new band to sign to Trojan Records in 30 years. After a 7 year hiatus they returned with a new line up and album - Love & Austerity.

Today, as Trojan approaches its 50th anniversary, it continues its long-standing undertaking of presenting only the very best in vintage ska, rocksteady and reggae sounds.