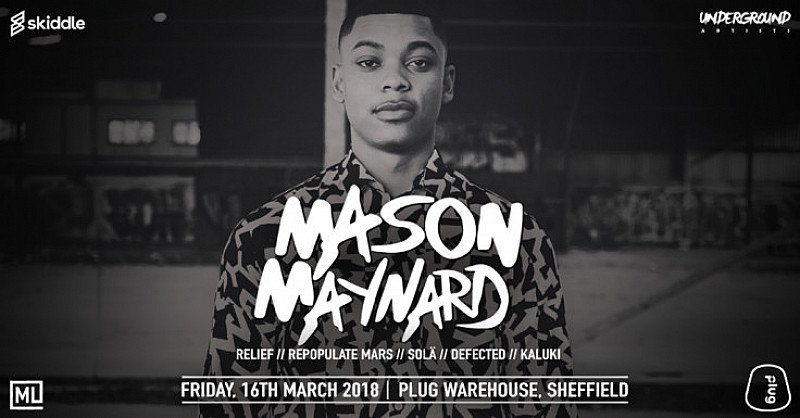 Since making his entry in 2016, Mason Maynard has been making his ground in the Underground House scene having been supported by the likes of Solardo, Skream, Green Velvet, Patrick Topping, Richy Ahmed, Hannah Wants, Lee Foss, Pete Tong, Latmun and Danny Howard. In his quick progression he was hand-selected by Solardo to support them on their ‘Solardo Sessions’ tour and even had his own debut track ‘Face Down’ released on to the ‘Solä’ label.

In the space of a year he has since seen his music being released on big labels such as Relief, Repopulate Mars, Solä , Defected and Kaluki Musik. A number of his tracks have entered the Beatport charts, receiving international support. His most popular track ‘Puffy’ has over 400,000 listens on Spotify and his popularity is vastly increasing.

At just 21-years old, Mason has a great future ahead of him and he’s certainly one to look out for in 2018 with numerous releases on the cards including his new collaboration with Green Velvet called ‘Auto Mate’ on Relief Records. In such a big scene like Manchester, Mason is one of few to receive global support from the biggest artists and we are privileged to have him headline one of the biggest venues in Sheffield – The Plug Warehouse.