Posted 1 month ago by Snizl for Menkind 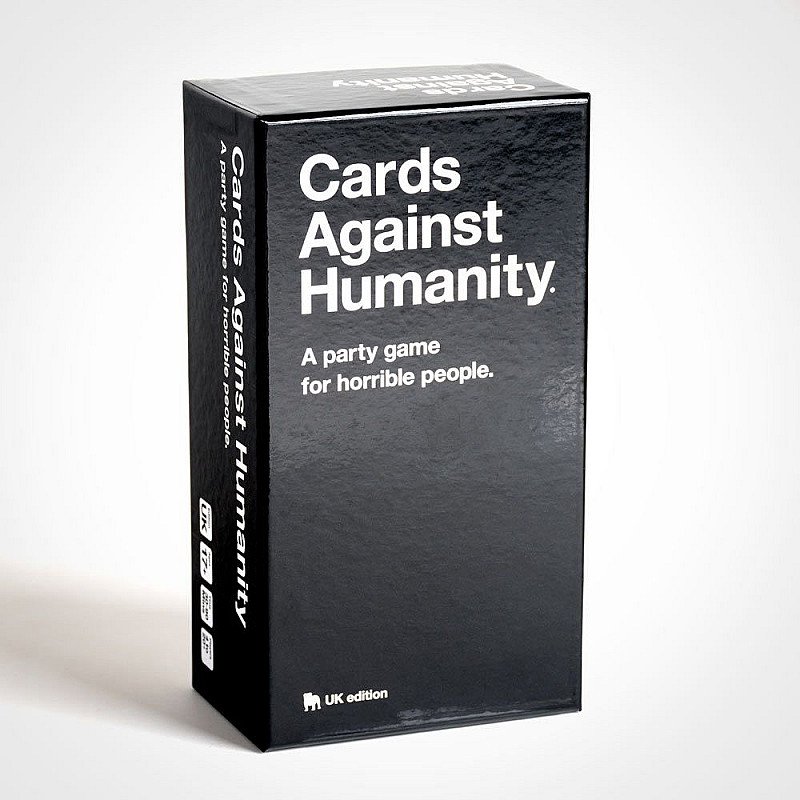 Do you like your politics incorrect and your jokes more offensive than an episode of South Park? Yes? Then bring Cards Against Humanity to your next party!

This is a card game with a very simple premise that can have some very complicated outcomes. Friends may become enemies, families may alienate members, and you may end up feeling dirtier than a vacuum cleaner filter… but it’s so much fun! And now, Cards Against Humanity 2.0 brings new levels of inappropriate humour with the addition of 150 new cards. That puts the new CAH set up to 600 cards, with 100 black and 500 white cards.

To play, you’ll need a Card Tsar, which is elected by deciding who has most recently, um, dropped the kids off at the pool. The Tsar picks a black card and reads it out aloud. The other players then use their white cards to come up with brilliant answers to the black card’s fill-in-the-blanks-type question. The Tsar then picks the funniest answer and the player responsible for playing that card wins an Awesome Point!

It sounds simple, and it is, but the questions and answers alike have all the reverence of a Ricky Gervais stand-up gig. So, things can get out of control. This makes it the perfect game to bring out to set the mood for a party, especially when the drinks are flowing!

So, if you feel that card games have, up to this point, been about as dangerous as drinking milk and watching the Brady Bunch, bring some offensive awesomeness into your life with Cards Against Humanity 2.0!