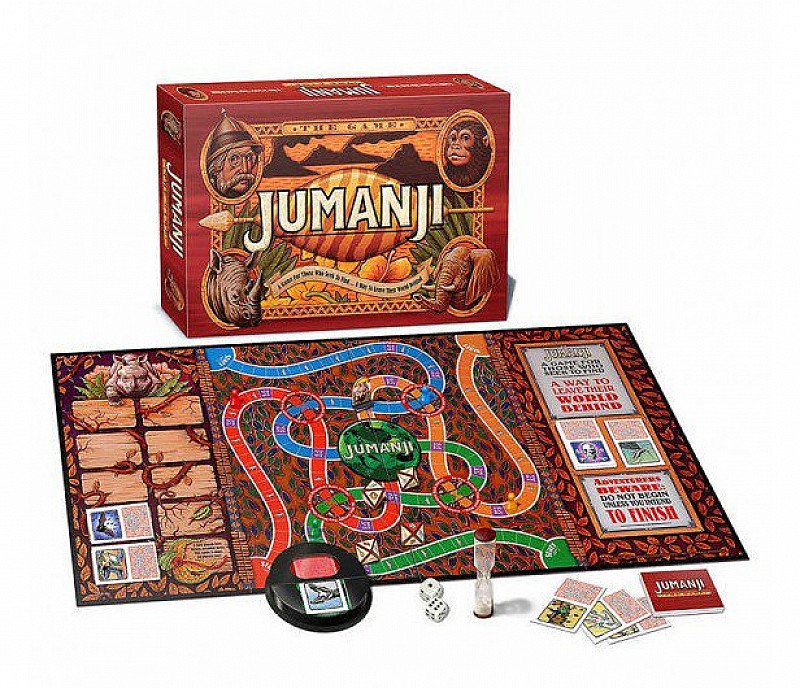 A game for those who seek to find a way to leave their world behind. This version of Jumanji may not literally suck you into a jungle or unleash a stampede of zoo animals through your home, but it does ramp up the excitement compared to other board games! Place your pawn on the board and start inching closer to the goal in the middle, as you negotiate perils, decode messages and roll the eight-sided dice together to rescue fellow players.
Fun board game based on the classic Jumanji film
Fold out game board
30 danger cards with decoder reader
Two six-sided dice
Four eight-sided rescue dice
Four coloured pawns
One rhino figure
30-45 minutes playing time
For two to four players
Recommended for ages 8+