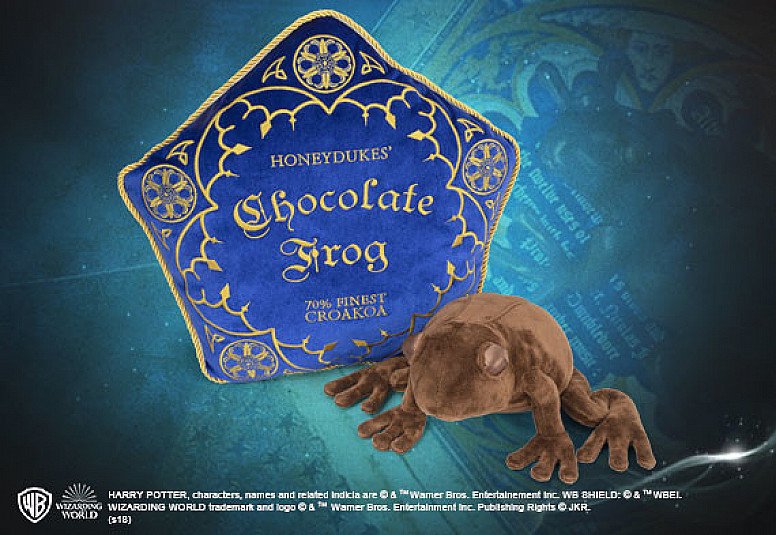 Keep a chocolate frog of your very own, just like those seen throughout the Harry Potter films. Well, almost like those seen in the films, as these plush replicas are soft, cuddly and not croakoa. At least they won't try to hop away or melt in the sun! Each chocolate frog plush looks like it does in the films, and comes with a plush Honeyduke's Chocolate box cushion, that can also be used to store the frog.
Plush replica of a chocolate frog
Official Harry Potter merchandise
Soft and cuddly
Includes a Honeyduke's box cushion with zip compartment
Highly detailed
Frog can be stashed inside cushion